Whenever I think about positive self-esteem and its importance to the achievement, mental health, and happiness of young people, I think of how perilous a life journey can be. And I always think of Jason.

Jason was the second child in a large Catholic family. His parents were good people. His dad was a petty officer in the Navy, which meant he had to deploy on a regular basis and was absent from the family for months at a time. Jason’s mom loved nurturing small children, which is probably why she had so many of them. By necessity, she had to give most of her attention to the smaller ones. Still, it was the kind of family environment in which a child could grow up to live a productive life. And most of them did. 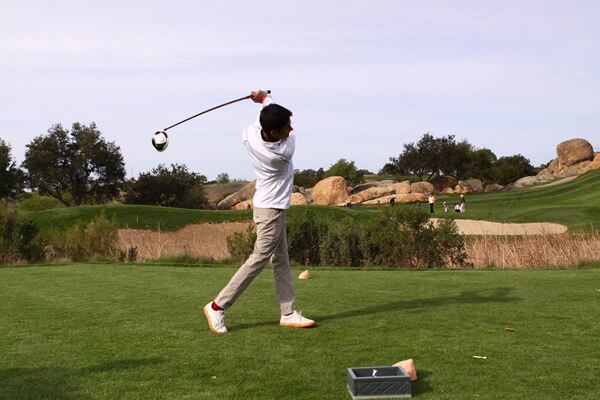 But not Jason. I knew him in high school. He and I were on the golf team together, and walking around the course we had ample time to get to know each other. I was intrigued by him because he was a better golfer than I was, but he cheated constantly. He surreptitiously replaced lost balls, improved the lie of his ball on the fairway, and entered inaccurate scores on his card.

He lied about a lot of other things, too, but I was able to piece together much of his life history. His older brother, Mark, who went to the same high school, was a straight-A student. He was the student body president and the valedictorian at graduation. He went to UCLA on a National Merit scholarship. I always thought Mark was a great guy, but Jason expressed a kind of petty bitterness towards him. My assessment was that Jason had grown up in the shadow of his high-achieving older brother and so never felt adequate. Mark was smarter, more athletic, better-looking, and more popular—seemingly superior in every way.

In my opinion, Jason brought a lot of his problems on himself. While Mark was an Eagle Scout, Jason started a forest fire playing with matches. He was caught shoplifting. He wrecked the family car. And the day before graduation, he slammed a hammer into one wall locker after another as he walked down the hall for the last time. It seemed to me that he was angry because he received a lot of criticism and censure, not the approval he craved. And of course his actions damaged his low self-esteem even more, creating a vicious cycle.

The year I entered West Point, Jason enlisted in the Navy. When I was a cadet, the plebes (freshmen) weren’t allowed to go home for Christmas—a silly tradition that’s since been corrected. But I remember how cheered I was to have a phone call from Jason during the holidays. When I asked him what he was doing, he said he was on leave from duty in Vietnam. He said he had been in combat and had been awarded a Bronze Star. I subsequently found out that he was stationed in Korea – not Vietnam – and he had received no such decoration. I also found out that he received a Dishonorable Discharge from the Navy because of alcoholism problems.

Years later I happened to see him during a visit to my hometown. He seemed hyperactive and overly talkative, bragging about things I no longer remember. It occurred to me that Jason would lie about anything, even the weather. Ordinary life just wasn’t good enough; he had to embellish everything. Then he asked me if I’d sponsor him on the PGA Tour. I kept my thoughts to myself, but when I told him that I wasn’t financially able to help him out, he accused me of being a disloyal friend.

I never saw him again after that. I heard through my mother that he had seduced the wife of his younger brother and was now an outcast in his own family. The last I heard he was gunned down in front of a convenience store in Miami, presumably a drive-by revenge shooting. The case was never solved, and there was no funeral.

It’s a tragic story, and at bottom, it’s about the importance of strong self-esteem. The mistakes we make can cause us to think poorly of ourselves, which makes it hard to give ourselves credit for the good and worthy things we do. But a life can hang in the balance.

Helping your child develop vital thinking skills is perhaps the best way to build strong self-esteem. My new book: How Your Teen Can Grow a Smarter Brain.

How to Help Your Teen Grow a Smarter Brain

How to Help Your Teen Grow a Smarter Brain