Conscious Parents – The Focus of My Work 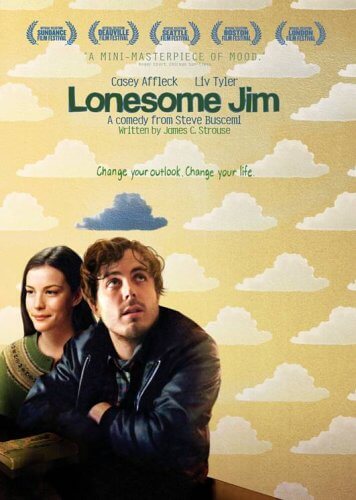 Have you seen the movie, “Lonesome Jim” (2005)? Starring Casey Affleck and Liv Tyler, it’s the story of a man in his late twenties who, after failing to create a life for himself in New York City, returns home to live with his parents while he considers his options.

Actually, that’s too generous. He’s come home because he doesn’t have the kind of mind that’s good at considering options. His plan is just to take life day by day, sponging off his parents as long as they’ll let him. He seems to lack character strength and the capacity for critical judgment.

At first, this is surprising because he has such nice parents. His mother is overjoyed to see him, lavishing love on him and calling him by her favorite term of endearment, “My Pretty Boy.” She seems perpetually cheerful, caring and optimistic. His father is an affable, supportive man. It seems like an iconic wholesome home environment.

Jim’s brother reveals himself to be as clueless and depressed as Jim. Since he already lives at home, his next step is to deliberately drive his vehicle into a tree.

For me, the drama plays out on two levels. The more obvious theme is whether Jim will get his act together and make something out of his life.

But the other theme is more intriguing: how did such nice parents end up raising two losers? What did they do wrong?

One of the employees in his mother’s business is a low-life drug dealer. He offers Jim some drugs and then asks him to open a bank account for him. Because of his sordid reputation, the dealer can’t do this for himself. Incredibly, Jim agrees, presumably because he thinks he’ll get access to some of the drug money himself.

This mistake comes to a head when the dealer uses Jim’s mother’s business address to receive drug shipments, and his mother is arrested. But his mother learns about bail from the other inmates (not her husband!) and gets released. In a telling scene, Jim feels guilt and self-loathing as he tells his mother about his mistake.

“I don’t know, Mom. Maybe some people shouldn’t be parents.”

His mother doesn’t know how to take this comment, and I think most viewers won’t either. How is it possible to be so nice, so well-liked in the community, so in tune with basic American values and fail as a parent? A major point of the movie seems to be that even good-hearted parents like these can raise children in a positive environment, but by the time the children are adults they aren’t even close to being prepared for life.

To me, it’s an important question, because these aren’t the kind of “problem parents” we hear about in the news. They aren’t helicopter parents. There was never any physical, psychological or sexual abuse. No addictions of any kind. No immorality. Not criminals. Not cold, distant or absent. Not emotionally disturbed. The marriage is still intact. Yes, the boys have to take a large measure of responsibility for what they do with their lives. You can’t put it all on the parents. But parents have a huge influence in what kids learn as they grow up, and somehow these parents failed to pass along some critically important values, attitudes, skills, and strengths.

Jim’s parents reminded me of my own parents – good, God-fearing middle-class people who believed they were doing the best they could to raise a family. “Parenting” wasn’t a concept my parents were familiar with. They never once thought that there was anything to be learned about being parents or raising kids. You had kids, they were your responsibility, you took care of them, and after a while they grew up. My parents assumed that when we were finished with high school we would move out and make our own way in life. Neither mom nor dad was college graduates, and they didn’t plan for any of us to go to college; and out of eight kids, only two of us did. One of my sisters got a music degree and became a high school music teacher. I got an appointment to West Point, served a career in the Army, and along the way earned a Ph.D. from a prestigious university.

As I look back on it, I’m amazed at what was not passed on to me and my siblings. I worked hard and was fortunate in my life, but some of my siblings turned out shockingly like Jim. Two of my brothers dropped out of high school. They struggled to keep jobs and never found careers. Another brother became a substance abuser and was murdered in Miami.

Like Jim’s parents, my parents weren’t bad people. They were “unconscious parents.” They weren’t consciously trying to avoid common parenting mistakes. They weren’t aware that there are parent-child communication skills and that you can learn them and improve them. They never reflected on the purpose of parenting, so they didn’t have a good sense for what would best prepare a child to be the opposite of Jim: a happy, successful, independent adult.They weren’t aware that the goal of parenting is to help prepare their child to become a happy, successful adult, and they aren’t making a point of passing on life skills and life wisdom. They weren’t conscious of any of these things as they did the best they could every day.

I’ve always believed that being a parent is one of the most complex and challenging endeavors on Earth, and it amazes me that you need to be instructed, tested and licensed to drive a car, but in today’s world anyone can procreate and become parents without any training at all. Given this perspective, I see that a big part of my work right now is to create an increasingly higher percentage of “conscious parents.”

What parents need is a manual for how to handle the myriad situations of family life. Connect with Your Kid: Mastering the Top 10 Parent-Child Communication Skills is this kind of manual.