Developing Your Child’s Character Strength – Some Words to the Wise 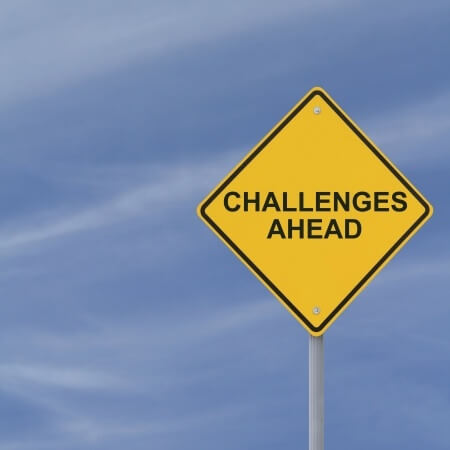 I often mention that teenagers have a “full plate.” The demands on their time can be stress-producing, even overwhelming.

Part of the reason for this is that to arrive at adulthood, prepared for the challenges they’ll face, they have a lot to learn. In addition to their academic work, which can be considerable, they need to acquire dozens of life skills – the more, the better.

And character strength. Regardless of what they know, if they’re not personally strong enough to work through tough challenges, they will flounder.

A young person’s character strength can’t be developed from listening to lectures, discussing it or reading about it. Slogans, wall posters, and workbooks may arouse curiosity, but that’s all.

No, the only way to build character strength is to repeatedly strive against adversity – to do the hard things. Kids who are protected from tough situations grow up weak in this area.

The result: tearful phone calls home, asking for help. Or worse: the child gets discouraged, gives up, and returns home. The need for character strength cannot be avoided. Life has a way of dishing out adversity, and young people who can’t handle it aren’t ready. The opportunity to get practice dealing with tough challenges and setbacks is when they’re still teens.

Wise people over the ages have spoken about how people develop strong character:

“As we advance in life it becomes more and more difficult, but in fighting the difficulties the inmost strength of the heart is developed.” – Vincent Van Gogh, Dutch painter (1853-90)

“Every little action of the common day makes or unmakes character, and what one has done in the secret chamber has some day to cry aloud on the housetops.” – Oscar Wilde, British playwright (1854-1900)

“Strength does not come from winning. Your struggles develop your strengths. When you go through hardships and decide not to surrender, that is strength.” – Arnold Schwarzenegger, American actor (1947- )

“People often say that this or that person has not yet found himself. But the self is not something one finds, it is something one creates.” – Thomas Szasz, American psychiatrist (1920-2012)

“The habits of a vigorous mind are formed in contending with difficulties…great necessities call out great virtues.” – Abigail Adams, American first lady (1744-1818)

“Opposition is a natural part of life. Just as we develop our physical muscles through overcoming opposition – such as lifting weights – we develop our character muscles by overcoming challenges and adversity.” – Stephen Covey, American author (1932-2012)

“All the adversity I’ve had in my life, all my troubles and obstacles, have strengthened me….You may not realize it when it happens, but a kick in the teeth may be the best thing in the world for you.” – Walt Disney, American movie producer (1901-1966)

“There are always those times when you’re going to be down, it’s how you step through it that makes you the person you are.” – Mike Krzyzewski, American college basketball coach (1947- )

“The only reason we really pursue goals is to cause ourselves to expand and grow. Achieving goals by themselves will never make us happy in the long term; it’s who you become, as you overcome the obstacles necessary to achieve your goals, that can give you the deepest and most long-lasting sense of fulfillment.” – Anthony Robbins, American author (1960- )

“The key to success is to keep growing in all areas of life – mental, emotional, spiritual, as well as physical.” – Julius Erving, American professional basketball player (1950- )

“The world breaks everyone and afterward many are stronger at the broken places.” – Ernest Hemingway, American novelist (1899-1961)

“When we long for life without difficulties, remind us that oaks grow strong in contrary winds and diamonds are made under pressure.” – Peter Marshall, British clergyman (1902-1949)

“A gem cannot be polished without friction, nor man perfected without trials.” – Chinese Proverb

Parents can now help their kids develop vital thinking skills. My new book: How Your Teen Can Grow a Smarter Brain.