Don’t Handicap Your Children By Making Their Lives Easy 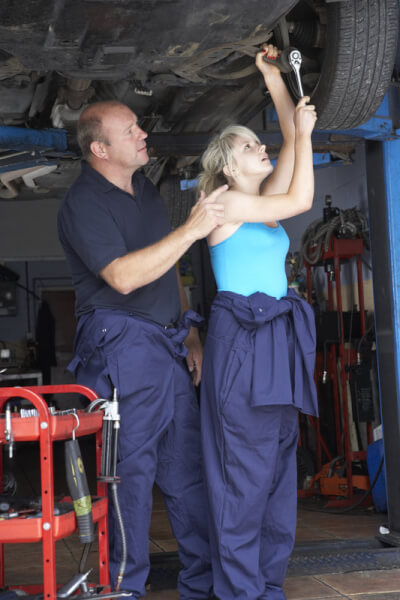 In my book, How Your Teen Can Grow a Smarter Brain, I explain that adolescence is a sensitive time window for developing foundation thinking skills in the prefrontal cortex and how to maximize that development. Important insights, I assure you.

But establishing the basic skills for critical thinking and judgment is only one of the ways a teenager can prepare for the significant challenges of adult life. Another is wiring their brain for the habits of a strong work ethic. Every adult learns the hard way the importance of being willing to work hard. And many come up short.

In some ways, I wasn’t a typical kid. For one thing, I was obsessed with not only making good grades, but being recognized as the best student in my class. I did the work, and ultimately I graduated as the valedictorian of my high school class. Also, I was raised in a family that couldn’t afford to give me an allowance, so I eagerly sought ways to make money. So when I was old enough to do the work, I mowed lawns, caddied, did odd jobs around the house, baby-sat, and worked as a cashier in a men’s clothing store. I saved every penny because I was an avid golfer and wanted to play with the best golf equipment money could buy. When I had enough money, I purchased a top-of-the-line set of clubs which were customized for my swing. In today’s dollars, those clubs would cost about $5,000.

My work ethic came in handy as soon as I left home. As a West Point cadet I had to work through a lot of adversity – good training for officers who would see combat. After graduation, I completed the Army Ranger School. For me, the Cold War actually was cold: as a second lieutenant I took command of a surface-to-air missile battery on a snowy hill in Germany. In my next assignment I commanded an advisory team in Vietnam. And so on. The bottom line: without that work ethic as a young man I would not have achieved the success I did.

Not everyone is lucky enough to become an adult who is willing to do the hard things. My brother-in-law, who was my age, was commissioned a second lieutenant out of ROTC. A big talker who never worked a day in his life and took five years to finish college, he was overwhelmed by his responsibilities as an Army officer. He resigned and his dad, a retired sixth-grade teacher, found him a job in a local school. For some reason, my younger seven siblings weren’t as motivated to earn money as I was. Two of them dropped out of high school. Only one of them graduated from college. One became a chronic liar and drug dealer who ultimately lied to the wrong people and was murdered.

I could go on about this, but I’ll share just one more story. A neighbor on my street told me that his brother gave his son a brand new BMW after he got his driver license. Not long after, the boy totaled the car. You won’t believe what his father did next: he bought him another brand new BMW.

For some reason, there are a lot parents these days who feel they must do the thinking for their kids, give them everything, shield them from work, and protect them frustration and failure and having to learn from mistakes. In a very real sense, they handicap their kids for adult life.

I know you love your kids or you wouldn’t have read this far, so I offer this advice from novelist Robert Heinlein: “Do not handicap your children by making their lives easy.” To prepare for life beyond high school, most of what young people have to learn isn’t learned in school. Either they build habits and skills for life, or they don’t. None of the hours they waste playing video games and social networking will count.

Encouraging your child to develop vital thinking skills is an important way to prepare them for leaving the nest. My new book: How Your Teen Can Grow a Smarter Brain.