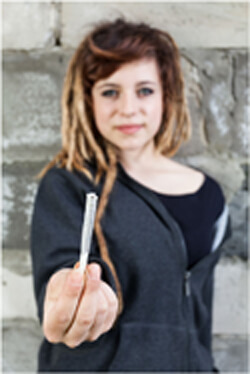 In this piece, I reference an interesting video. Even though you may find it shocking, watch it all the way through. Don’t click off just because you think it’s disgusting.

The clips were recorded by the teens themselves. There are thousands of videos like this posted on YouTube. Why? Because the kids think what’s going on is cool.

But let’s step back from their clueless perspective and assess what’s going on.

1. They’re not using good judgment. Their prefrontal cortex, which is the part of the brain used to foresee and evaluate consequences, impulse control, judgment, and decision-making, is in a sensitive developmental period when the foundation for critical thinking needs to be wired – for life. In this video, this construction is not happening. Instead, the prefrontal cortex is being bypassed in favor of the amygdala, which is the seat of emotion. All the teens in these clips are 100% oblivious to consequences.

2. At the same time, they ARE wiring their brains for the kinds of emotional patterns you see here – rebellious behavior, risk-taking, impulsiveness, etc. Translation – what you see is on the way to becoming their habitual way of behaving. With more of this kind of mindless history-making, these habits will get wired and persist into their adult life.

3. The alcohol and drugs they’re using to get high are chemically disrupting their prefrontal cortex during a sensitive period of development. The risk is that these substances will derail normal development of the critical thinking part of their brain. If this happens, it will limit their intellectual capacity for life.

Well, there’s more, such as the risk of addiction and what they’ll do next after they shut off the video camera. But this is enough to explain why what you see is neither cute nor cool.

If you’re the parent of a teenager, could this happen to your child? Since most of your teen’s life happens outside the home, I think it’s fair to ask this question: Do you feel lucky?

Teenagers feel the need to assert independence, question the status quo, and experiment. Their bodies are maturing, including their sexuality. But they don’t understand what’s happening to them. Why not? Because most of the time, no one has explained it to them.

Most young people give in to peer pressure because they’re desperate to be accepted. Girls are more susceptible to relationship pressure than boys. The main thing that can save them is strong self-esteem. As a parent, do you know the best ways to encourage strong self-esteem? Have you been consistently applying these strategies?

Most young people rebel because they feel they can’t relate to their parents. Efforts at communication fail. This unfortunate outcome is common among parents and their adolescents because even though they’re good people and mean well, they aren’t skilled communicators. Teens feel they aren’t heard or understood or respected and they shut down. Not good communicators themselves, they just give up and pull away.

Considering the potential immediate and long-term consequences, it’s a pretty scary state of affairs. But it’s real. As I said, pretty common. And no, it doesn’t always work out for the best once they grow up, in spite of the praying and wishing and hoping. Actions have consequences.

The solution: developing good judgment. Helping your child develop vital thinking skills is perhaps the best way to prepare them for leaving the nest. My new book: How Your Teen Can Grow a Smarter Brain.