Get Real about Video Games and Excessive Screen Exposure 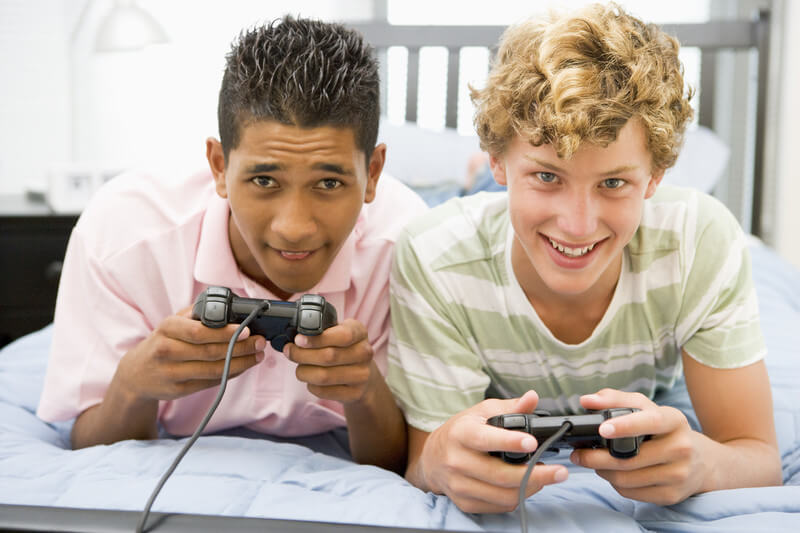 I recently spoke with a mother of three boys, ages 11, 13 and 15. She told me she and her husband plan to give all three sons video game consoles for Christmas. Of course, they’ll win a lot of “best mom and dad” points with these gifts. She and the father believe that time spent playing video games will be time spent off the street and out of trouble. Also, the games will boost their kids’ popularity with friends, and surely the boys will develop mental skills they wouldn’t acquire from passively watching television. These parents are typical of moms and dads who love their kids but know little about the downsides of video games and excessive screen exposure.

Even though the real action is inside your child’s brain, where you can’t tell that anything’s going on, it’s really happening.

The problem is hyperarousal. When a kid is engaged for hours with a video game or social media, the child’s brain triggers the release of adrenaline, which speeds up the heart. It also releases cortisol, which alters blood sugar level for a burst of energy. All this prepares the body for action. This brain reaction happens whether what is sensed is the real world or something viewed on-screen. This physical arousal is a normal, healthy response to potentially life-threatening situations. It’s also what makes video games exciting and pleasurable. Also, each time the real or virtual situation is successfully dealt with, the brain triggers the release of dopamine, the pleasure-producing “reward” chemical.

For our ancient ancestors, this stress reaction of hunting or defending against wild animals, necessary for survival, was not prolonged. The excitement was usually over quickly and their brains and bodies had time to relax and recover.

Your game-playing adolescent, however, will repeat this experience over and over for hours, day after day, causing a condition of unrelieved, chronic stress. While adrenaline quickly subsides when the stimulus is removed, cortisol stays in the body longer. Kids who play video games for hours will feel emotionally charged up long afterward. Chronic stress is toxic because the continuous presence of cortisol in the brain can destroy brain cells, particularly in the hippocampus, which is involved in memory and learning. Too much residual cortisol also suppresses the immune system, which is vital to good health.

And the repeated releases of dopamine will cause the child to seek more of the dopamine-fired pleasure response, which is how kids become addicted to video games.

In many ways, prolonged exposure to video games is a lot like consuming alcohol or drugs. Both activities:

When used excessively, both can:

According to the report, “Excessive Stress Disrupts the Architecture of the Developing Brain” (National Scientific Council on the Developing Child, 2014), chronic, unrelieved stress can lead to “weakened bodily systems and brain architecture, with lifelong repercussions.” It also states that during “sensitive periods of brain development, the regions of the brain involved in fear, anxiety, and impulsive responses may overproduce neural connections while those regions dedicated to reasoning, plan­ning, and behavioral control may produce fewer neural connections.”

The problem is not just video games

Victoria Dunckley, MD, author of Reset Your Child’s Brain, reports that the problem isn’t just video games. Her years of experience dealing with the problems caused by excessive screen time have led her to conclude that “all screen activities provide unnatural stimulation to the nervous system.” She says that all screen devices can contribute: computers, televisions, non-violent video games, smartphones, tablets, laptops—even digital cameras and e-readers, regardless of how they’re used, such as learning on educational programs, texting, chatting, instant messaging, gaming, emailing, social media and surfing the Internet.

For example, when a young person engages with social media, adrenaline and cortisol provide mild jolts of excitement and anticipation. Later, when a child hears the tone signaling a text message, is friended on Facebook, or receives a comment on a photo via Instagram, this reward triggers the brain to release dopamine, producing a feeling of pleasure, which keeps the user coming back for more. Unlike the intense experience of playing video games, the effects of exposure to milder media slowly accumulate over time.

What Parents Can Do

When excessive screen time leads to behavioral problems, Dr. Dunckley’s clinically proven remedy is the equivalent of “cold turkey,” which she calls the Reset. It involves a week of discussion, planning, and preparation, followed by three weeks of total abstinence: all screens, including television. As you can imagine, teens who are already heavy or addicted users could greet this program with anger, defiance, and worse. She has a wealth of experience with how to make the Reset work, which is outlined in detail in her book. It involves substituting screen time with “green time,” i.e., time in the real world doing constructive activities with people, often outdoors. The month of abstinence can be followed by limited, strictly managed screen exposure, but she warns this is a slippery slope.

The Reset works, but if you’re proactive, you can get through it. Many professionals have offered advice; here are – in my judgment – the most useful guidelines:

In the end, protecting your child’s brain is vital to helping them develop a superior mind. Obviously, alcohol and drug abuse are dangerous. Now you know how video games and excessive use of electronic screens can also do damage to a still-developing brain. Against the amazing pressure of our culture, will you be strong and smart, or will you go along?

This topic is the subject of Chapter 6 of my new book: How Your Teen Can Grow a Smarter Brain.