Growing Up Smart – You Can Take Luck out of the Equation 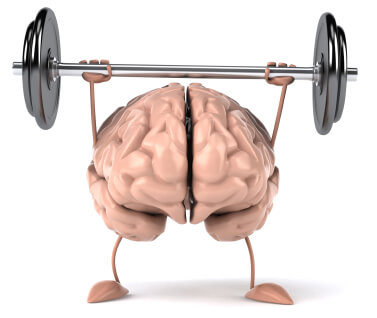 Not long ago, I had a conversation with a local physician. Happily, we didn’t talk about my health. Instead, he spoke enthusiastically about his three children, two boys and a girl, all of whom have left home. He told me something unbelievable about them: all three achieved a maximum score on their SAT and earned a National Merit Scholarship. The boys have gone on to successful professional careers, and his daughter, the youngest, recently graduated from an Ivy League school with a quadruple major. While he and his wife encouraged learning and education, they never talked about getting a college degree; they only talked about attending graduate school. The family had a tradition of eating dinner together, a time for discussing serious issues. He told me that as they got older his kids frequently challenged his opinions.

A wonderful story, and of course it represents some kind of best-case scenario. Because without being aware of the latest research about adolescent brain development, he and his wife did the No. 1 thing any parent can do to develop a massive foundation for critical thinking skills in their children’s growing prefrontal cortex: they encouraged them to think. His story was a vivid example of how brilliant young adults have been nurtured throughout human history: doing the right things without knowing how adolescent brain development works. Those three kids were amazingly fortunate.

By contrast, for thousands of years, most other parents, without knowing it, failed to provide this kind of encouragement.

I was raised in the mid-twentieth century, when not much was known about parenting. Mostly, people raised their kids the same way their own parents had. My parents had average intellects. Mom was raised in a strict Mormon family, rebelled, and ran away from home before she could graduate from high school. Dad joined the Army during World War II after completing a year at a local college. They were both decent, hardworking people who raised eight children with a lot of love.

But nurturing thinking, sharing wisdom, and teaching life skills weren’t a feature of our upbringing. I’m pretty sure my mom and dad never spoke the word “parenting” while I was growing up. They knew it was their responsibility to “raise a family,” to provide food, clothing, shelter, and medical care, but they weren’t able to save for our college education. When we finished high school, we were expected to leave home and make our way in the world.

This kind of unconscious parenting could have opened the door to trouble. Aside from my parents’ love and support, mostly my siblings and I raised ourselves, and the results varied widely. Even though all eight of us had the same two hardworking parents, each child turned out differently. Two of us graduated from college, but two others failed to graduate from high school. My next younger brother frequently got in trouble for things like vandalism, arson, and theft. After graduating from high school he enlisted in the Air Force but was later discharged for drug use. This troublesome personal history damaged his self-esteem, and he became a compulsive liar and ruthless con artist who dealt drugs. Ultimately, he was murdered in front of a convenience store in Miami.

Now, in the 21st century, thanks to research in child brain development, we know that the prefrontal cortex, the “smart part of the brain,” is still in the process of basic development. We know how this works, and we know what how to maximize the result. This is the subject of my book, How Your Teen Can Grow a Smarter Brain. Unlike any other time in human history, young people can, without any special brain exercises, consciously and proactively wire their prefrontal cortex for thinking skills needed for judgment, rational thought, problem solving, decision-making, self-regulation and other vital thinking skills. And like learning to walk or talk, the results of this basic brain development are permanent.

This is really good news.

But this won’t happen automatically, just because your child is growing up:

This is why I wrote How Your Teen Can Grow a Smarter Brain: to make you and your child aware of this life-changing opportunity and how to take advantage of it.

Also you can improve the way you listen to your child, growing the bond between you. Download the FREE ebook, Listening to Understand.