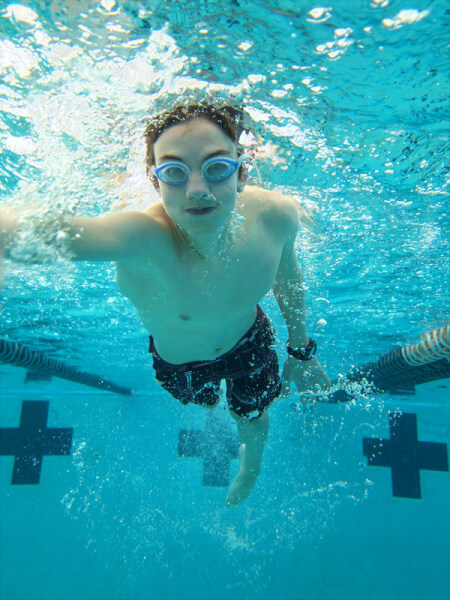 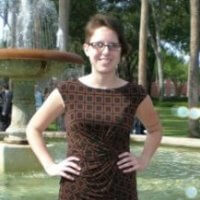 Kids learn better when movement and exercise are a part of their day. This guest post comes to us from Lizzy Bullock, writer and swim instructor for AquaGear.

Children in a school setting are often told to “stop fidgeting,” to “sit still,” and to “stay seated.” But recent research suggests that encouraging kids to stifle their movements is detrimental to their cognitive health. Decades of study show that physical activity – including recess, organized sports, and active play – does more for children’s intellectual development than a sedentary, studious lifestyle.

Starting From the Top

The cerebellum, located at the base of the skull, controls muscular activity and coordination but has also been found to affect cognitive functions such as language, memory, attention and spatial reasoning. As Eric Jensen, author and teacher of brain-based learning methods, states, the cerebellum is a “virtual switchboard of cognitive activity.” Activating this region of the brain through physical activity will exercise the other functions the cerebellum assists with, leading to improved cerebral function.

Exercise for the Brain

Research has shown that kids who are more active are also more intelligent. University of Illinois neuroscientist Charles Hillman conducted a study of 259 third and fifth graders, finding that their physical abilities were directly correlated with their scores on standardized tests: those who excelled in physical fitness also outshined their fellow students in academics.

Along with the measurable physical differences, chemical variations are found in the brains of exercisers vs. couch potatoes as well. Harvard psychiatrist John Ratey explains that exercise promotes the body’s production of brain-derived neurotrophic factor (BDNF). According to studies on mice by scientists at UCLA, this chemical makes learning possible by encouraging nerve cells to branch out and form new connections. Conversely, brains that lack enough BDNF inhibit learning by refusing to process new information; hence, kids who don’t exercise have a harder time picking up new information because their brains won’t allow it.

When it comes to exercise, the options are endless. Recent research finds that swimming provides distinct benefits to children. A 2012 study conducted at the Griffith Institute for Educational Research in Australia found that young children (under five years old) who swam in early life demonstrated better cognitive function than children who were non-swimmers. The study, consisting of interviews with 7,000 parents and tests administered directly to 180 children, determined that swimming early in life resulted in children reaching physical, emotional and cognitive milestones sooner than their non-swimming peers. Kids in the swimming cohort performed better in visual-motor skills such as drawing lines and shapes (a precursor to handwriting) as well as mathematical functions. These children also surpassed the non-swimming group in literacy and speech skills.
While exercise is a necessary component for children’s brain function, it also increases bodily awareness and self-assuredness as well as cognition. Swimming an exceptionally accessible sport for children of any age and ability because it doesn’t require the participant to walk or run. This is particularly beneficial for infants and toddlers as well as older children who suffer from physical challenges such as cerebral palsy, partial paralysis and brittle bone disease.

As physical activity is slowly withdrawn from school curriculum’s, test scores fall as well, indicating a failure to give kids what they need in order to learn – the opportunity to move. After all, the mind and body are profoundly linked.