Love Is Essential, But It’s Not Enough 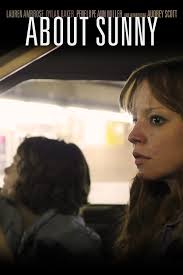 I recently streamed the movie, About Sunny, starring Lauren Ambrose, an accomplished but relatively unknown young actress. Whenever a movie is excellent in every way and I want Netflix to give me more suggestions like it, I always rate it 5 stars.

Released in 2013, “About Sunny” didn’t enjoy broad distribution. This isn’t surprising. No action, no special effects, no sex, no violence – not much of what pleases typical audiences. Also, regardless of a film’s high quality, theaters rarely show movies that are so realistic that they’re painful to watch. So you may not have seen it.

This is the gritty story of Angela, a young, divorced mother who struggles horribly while raising Sunny, her 8-year-old daughter. Making the right choices isn’t Angela’s strong suit. She married the wrong man to father her child, she gets fired from her job, and she seems clueless about encouraging her child’s education. Most of the time, her car doesn’t start. In short, she’s having an awful time holding it all together.

Who is this mother?

But she’s not abusive in any way. She’s not cold or distant. The one thing Angela has going for her as a mother is her powerful love for Sunny. Love is the ultimate prerequisite, the foundation and motivating force for everything else a parent needs to do. This truth is often misinterpreted to mean that love is enough, that it will conquer all. The story makes it painfully clear that this is not the case. Angela’s mistakes put her in such a bind that she considers giving Sunny up for adoption, in effect “selling” her child to a nurturing couple that takes an interest in her – for $20,000.

In the end, Angela’s love for Sunny is too powerful to allow this permanent fracturing of the mother-daughter bond. But I couldn’t cheer for the young mother because she’s still who she is and her desperate situation persists. Looking into the future to Sunny’s adolescence, I could only foresee a compounding of issues, and then Sunny growing up to be a troubled adult, perhaps much like her mother.

I was intrigued by the movie because it’s about parenting, and how personal limitations can lead to drastic problems for a parent. Moms and dads need all the help they can get, and Angela had little or no preparation for the challenges she faced. The movie underscored a sad but powerful message about parenting: love is essential, but it’s not enough.

Today, parents can help their kids develop vital thinking skills. My new book: How Your Teen Can Grow a Smarter Brain.