During the past 30 years, I’ve had the chance to meet and talk with quite a few sons and daughters of wealthy people. It isn’t easy to start a business and make it profitable. The parents of these kids worked hard to earn what they have. In my experience, wealthy parents make a choice, whether consciously or unconsciously, to (1) draw on their vast resources to make sure their children always have whatever they need and want, or (2) raise them in a “normal” way, as if the money weren’t there, to help their children learn the skills and strengths they’ll need when they grow up and pursue lives and careers of their own.

I’ve spent time with young people who were raised both ways.

All the so-called “silver spoon” children I’ve known had little or no ambition. They knew their parents would give them anything they wanted. They had no concept of money, except that it was something that came to them from their parents. As kids, they never had to work. As adults, they had no ambition, except to enjoy life. There was no “fire in the belly,” no desire to achieve something or make a difference. They were waiting for the trust fund to take effect, and they looked forward to their inheritance. 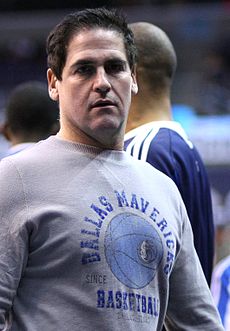 I recently read a brief Business Insider article, “How Billionaire Mark Cuban Is Raising His Kids So They Don’t Turn Into Spoiled Brats,” by Alyson Shontell. I’ve seen Cuban on the “Shark Tank” series, but more often cheering from the sidelines as the owner of the Dallas Mavericks. It’s easy to love him or hate him based on this limited TV exposure. But of course we know next to nothing about the private lives of such people.

The article provided a brief glimpse into the life of this wealthy family. It was newsworthy because it described Cuban and his wife as parents who were raising their kids to appreciate the value of money and to respect others, regardless of their economic status. In other words, they were looking into the future, trying to raise their children to have the desire, competence and character strength to make something out of their lives.

“I’m not the dad that comes home with a ton of presents. I am the dad that says, ‘Pick that up. Take that; put it in the sink. No, you have to earn that.’ I want them to recognize that the only thing special about themselves is what they make for themselves,” said Cuban. “They have to be themselves. They can’t be Mark Cuban’s or Tiffany Cuban’s son or daughter. They have to be adults and they have to carry their own weight.”

You don’t have to be a billionaire to spoil your kids. All you have to do is try to shield them from disappointment, mistakes, or having to strive to get the things they want.

Imagine that someday your child will be 25 years old, out in the real world trying to make a career and a family. You know it won’t be easy for them. It’s going to be hard. It was hard for you, and it’ll be hard for them. Will they have the skills they’ll need? The values? The personal strength? Will they be resilient problem solvers?

The answer depends on what they’re learning while they’re still young. I’m not talking about facts or concepts, which is what they learn in school. I’m talking about life skills and behavior patterns, which they can learn only by doing them over and over. Are you creating these learning opportunities for your kids? Mark Cuban gets it. He knows if he wants to give them something truly value, he needs to give them the chance to learn how to deal with life.

3 Tips for Giving Your Kids the Right Amount of Independence

3 Tips for Giving Your Kids the Right Amount of Independence