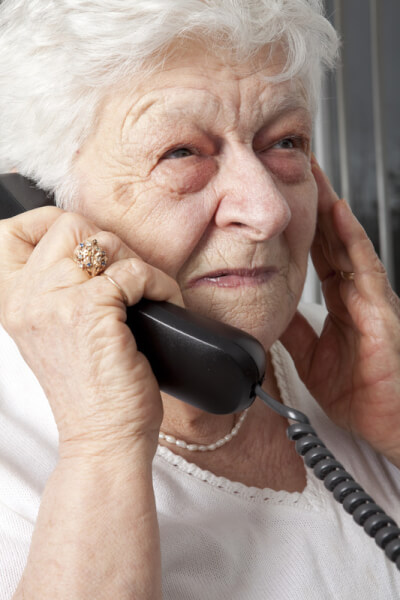 To be the best listener you can be, I believe you need two, closely related skills: active listening and empathy.

I learned active listening in 1976, and I’ve been practicing it and writing about it ever since. The core skill in active listening is to check what you think you’ve understood, both thoughts and feelings. It’s best used when the other person is trying to make a point.

One day while thinking about my mother, who passed away over ten years ago, I realized that I had accidentally used mirroring with a breakthrough result.

My mother was the kind of person who led with her emotions. And in her later years she certainly had enough aches, pains, challenges, and adversity to complain about. I tried to stay in touch (I lived in Florida, she lived in Kansas), so I would call her at least once a week. I found these conversations difficult, because I hate listening to self-pity. I didn’t like thinking of her as a negative person, a whiner.

Mom: “These medications aren’t working. My new doctor won’t give me phenobarbital. He says he’s afraid I’ll get addicted.”
Me: “You don’t want to get addicted. Maybe he’s right.”
Mom: “But this new stuff isn’t helping me. I’m in pain constantly. I can’t even sleep at night.”
Me: “Maybe you need to give it a chance. Sometimes you have to use a med for a while before it starts to take effect.”
Mom: “You don’t understand. My life is miserable.”

I would struggle to be helpful, but no matter what I’d say, it would seem to make her feel worse. I’d wrap up our conversation, but I had the persistent feeling that it was impossible to have a nice talk with my mother.

One day, I just gave up trying to be reasonable and helpful. I decided I would just play along and agree with anything she said.

Mom: “You know, you’re the only one who calls me. Three of my children live right here in town. They don’t call, and they don’t visit. Nobody cares about me anymore.”
Me: “You love your kids, so it must feel awful when you don’t hear from them.”
Mom: “I know how busy they are. But I wish they would just say hello once in a while.”
Me: “It would be so nice to hear from them more often.”
Mom: “I know they haven’t forgotten me. Charlie’s on the road a lot, and Jill works day and night in her business. And Jack brings work home from the VA.”
Me: “They have busy lives. But you know they care about you.”
Mom: “Maybe I should give them a call.”
Me: “You can be the one to make contact.”

Instead of offering solutions and trying to get her to break through her self-pity, I just empathized. The effect was miraculous. I realized she felt alone with her issues and just wanted someone to appreciate how she felt.

After that, I continued with this strategy, and our painful conversations transformed into positive, sharing ones. Now, many years after she’s been gone, I realize that I was simply exercising the skill of empathy.

Adolescent children often think they have miserable lives, reacting with anger over trivial things. The lesson for parents is not to react instinctively to these difficult outbursts. Instead, stretch for empathy. Put your own raw feelings aside and try to see the situation from their perspective. Then express what you think they’re feeling.

“It’s painful when your best friend makes fun of you.”

“You’ve worked so hard to earn that starting position. It’s terribly disappointing for the coach to choose the freshman instead of you.”

“You hate writing, but your essay is due on Friday. You don’t know how you’re going to get it done and you feel like giving up.”

Sometimes a young person just wants to be understood. Don’t we all?

More about this in Chapter 4 of Connect with Your Kid: Mastering the Top 10 Parent-Child Communication Skills