Parents: You Can Change Your Teen’s Behavior 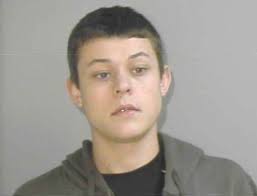 In this familiar scenario, the father is frustrated and angry because he feels his teenage son has let him down again. His son didn’t do what he agreed to do. The father feels justified, and he considers himself a good parent because he’s holding his son accountable for being responsible and organized.

But actually the father handled the situation poorly. Not because he’s a bad parent. His intentions were good. It’s because he’s trying to change his son’s behavior, and he doesn’t understand how behavior change works.

You can tell a child to do something differently. He’ll hear you, understand you, agree with you, and even promise to do it that way.

But that doesn’t mean that he’ll start doing it that way. In fact, just the opposite is more likely to happen. He’ll probably forget and do it the old way.

The reason is that most behavior is habit-driven, not decision-driven. His old way is his habit. The new way is not – yet.

For the son to regularly do what the dad asked him to do, the boy will have to create a new habit. He’ll have to rewire his brain.

This will take time and persistence on his part, because he’ll have to try hard to consciously stop himself, remember what he agreed to do, and decide to do it the new way. If he succeeds, many, many times, he can rewire his brain. Only then will behaving the new way become automatic.

But even if he’s motivated and making an effort, at first he won’t succeed very often. The old habit will kick in, in spite of his good intentions.

He’ll need his dad’s understanding, encouragement and support—not criticism, shame or lectures. These familiar reactions will just eat away at his self-esteem and self-confidence, which will make it even harder for him.

If the father had understood this, he might have handled it another way:

Not many fathers or mothers understand how behavior change works. But now that you’ve read this far, you do. Now you can try to change your own habit of reacting with impatience and anger when your daughter leaves her clothes on the floor, even though she promised to take better care of them.

Good luck! If you forget and lose your temper anyway, don’t get down on yourself. You’re trying to change a habitually way of responding, too, so it will be hard initially to act differently, no matter how much the new behavior makes sense. A little forgiveness and persistence go a long way. Keep trying and eventually it will get easier.