Parents: You Have to Be the One 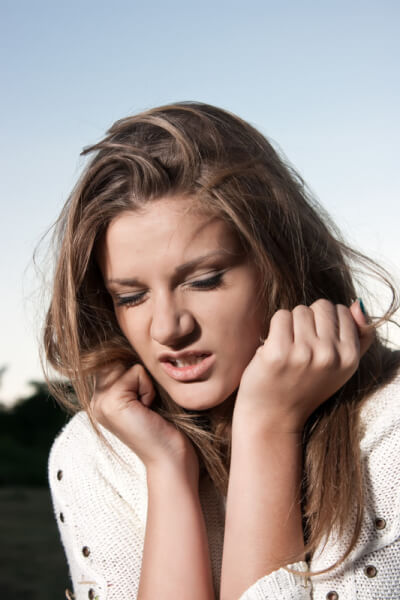 Many years ago, my business partners asked me to change my behavior. They claimed that I sometimes lashed out at them. When one referred to my behavior as verbally abusive, I became defensive. I thought they were exaggerating. They gave me an example. Once, in a meeting someone made a suggestion that I thought was seriously wrongheaded. Upset, I said something like, “That’s ridiculous! Why on earth would we throw up barriers to our customers, just to make it easier on ourselves?”

I may have been right, but the effect of my response was to humiliate my colleague in front of her peers. I just expressed what I was feeling, not stopping to think of a more considerate way to phrase it. At the time, my wife was seriously ill, and I was on edge most of the time. Still, I should have been thinking about the feelings of the people I care about.

This example reminded me of an incident when one of our staff members had a bad day. Her mother had called the night before to say her dad might have prostate cancer. The doctors were going to do tests, and they wouldn’t know for sure for a few days. Also, that morning her car broke down in heavy traffic. She didn’t have a cell phone or membership in an auto club, so she stood at the side of the road for thirty minutes before someone stopped to help her. The repair was estimated at over $1,000. Three hours late to work, I asked her to revise a lengthy report in a different format. She put the folder on her desk and rested her head in her hands.

Later, I asked her for a list of phone numbers. It was the third time I’d asked her; she hadn’t gotten to it yet. Perhaps she reacted to the frustration in my voice; in a split second, she blew up. “Look, will you get off my back! Don’t you have anything better to do than to harass me about trivial stuff? What’s wrong with you? Get out!”

I was surprised and confused. I felt attacked, but I stifled the impulse to strike back. I replied calmly, “Well, I don’t like asking. Forget it. I’ll get it myself.” She slammed the folder to the floor as I walked out the door.

The consequences were unfortunate. I got the list from someone else, but I was upset with her for shouting at me. I hadn’t done anything wrong, and I didn’t deserve to be treated that way. I was disappointed in her for not handling a simple task. At least for now, I saw her in a new light: not somebody who comes through for you, not helpful, not responsible, not a team player. Disorganized. Volatile. Somebody who could blow up unexpectedly for no reason. Somebody you have to watch out for.

Her strength was her undoing. Her colorful personality made it easy for her reach out to people, communicate with real feeling, and touch the hearts of others. She was very good at building customer relationships. But her ease with sharing honest feelings also made it easy for her to display anger under stress.

Each of us is different. While growing up, we don’t adopt the same strategies for learning, coping with problems, decision making, and communicating. Over the years, we load different software and different data into our brains. The differences are visible in our behavior patterns. Under a situation of stress, one person may blow up while another person remains cool and rational.

Obviously, the “cure” for emotional outbursts is self-control. While managing anger may be a typical pattern for the reflective, logical person, it’s not so natural for an emotionally expressive person. Easy or hard, both kinds of people need to do what’s right and best in stressful situations. They need to think before they act. If emotionally expressive people need to “stretch” to accomplish this, that’s what they must do. The first step is self-awareness. You can’t manage what you don’t understand. My coworker wasn’t aware of this aspect of her personality, and when her feelings rushed to surface, she reacted without thinking.

The next day she came to work in a better mood. Feeling bad about how she had treated me, she walked into my office and apologized. She told me the whole story. I must have smiled sympathetically when I said, “Don’t worry about it. I understand. I guess I got you at a bad time.” She hugged me and left my office feeling that everything was fine between us.

I forgave her, but the human brain doesn’t have a delete button for unwanted memories. Like it or not, her words and actions of the day before had been added to my storehouse of experiential data about her. Would they influence my feelings of trust in our relationship? What if I hadn’t kept my cool that day? What if I had given in to my impulse to strike back? What if I had said what I wanted to say: “Look, damn it, you said you’d send me the list. I didn’t know I was asking for the world, OK?” And what if she had then thrown the folder at me, instead of on the floor? What if her feelings had escalated, and she had said, “I’m sick and tired of morons coming to me wanting me to do their jobs for them!” Both of us would have done more damage than a simple apology could repair.

I thought about who should make the first move to stay cool. If both of us feel hurt and angry, will either one make an effort to be rational? I decided that it had to be me. I shouldn’t wait for the other person to break the cycle. If I let my negative feelings drive my behavior, heated interchanges will rarely be resolved in my favor. Harmony, cooperation and friendship will be the casualties of war. I concluded I’ll be the one who will be mentally tough enough to remain calm, cool and collected in an emotionally charged situation. While self-control may not be easy, it begins with my choice to think before I act. The extra effort is well within my capabilities. I haven’t always been successful; but each time I am, self-control seems a little bit easier.

I tell this story because it has an inconvenient truth for parents: as the adult in the room, you have to be the one to remain calm, cool and collected in an emotionally charged situation. Your child can’t be the one. Very likely they haven’t yet developed the kind of life wisdom and social-emotional skills to exercise this kind of self-control. Even if you’re having a bad day, it’s up to you to catch yourself before you react and prevent the cascading of hurt feelings and the permanent memory of how you acted.

The bond between you and your child depends on it.

In my book, Connect with Your Kid, I describe how to listen to understand, along with 9 other important parent-child communication skills.