When it comes to sex education, parents need to learn more about how our culture sexualizes their kids. This guest post, which addresses this “blind spot,” comes from Elizabeth McDade-Montez, Ph.D. a Senior Research Associate at etr.org (Education, Training, and Research), who has studied the influence of media on children and adolescents. She can be reached at liz.mcdade-montez@etr.org.

If, like me, you have growing children, you probably make a considerable effort to protect them from troublesome or harmful media content. Whether you watch on TV, YouTube, Netflix or some other platform, chances are you search out media geared towards your children’s age and developmental level. This probably includes looking for shows that avoid old-fashioned stereotypes around gender and sexuality. We want to raise strong, respectful young women and men. The objectification and sexualization of girls and women do not help this effort.

I recently conducted an analysis of popular children’s television shows that suggests it may be quite difficult to find shows without content that features gender stereotyping and sexualization. In fact, I would go so far as to call my findings disturbing.

My research goal was to figure out just how common sexualization was in television shows popular among girls ages 6 to 11. I looked at a random sample of 3 episodes from the 10 most popular children’s television shows, for an overall sample of about 30 different television episodes.

My team and I coded over 60 different sexualizing behaviors, ranging from sexualizing comments from others, to participating in beauty contests, to dressing in revealing clothing. 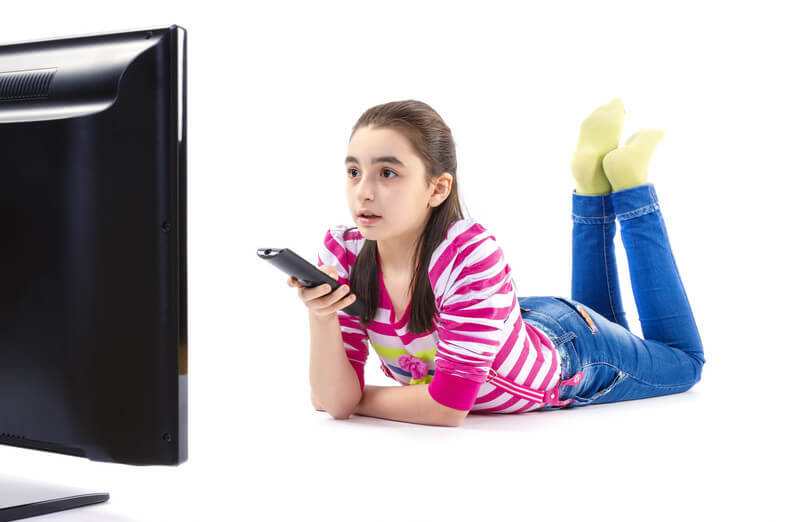 Why Does This Matter?

For example, exposure to music with degrading, sexualized lyrics is associated with the early experience of sexual intercourse. Watching X-rated movies is associated with a greater likelihood of dating violence. Exposure to sexualized ideas about females has been linked to low self-esteem, negative mood and symptoms of depression in adolescent girls.

Viewing sexualized media can cause women and girls to internalize these beauty standards and gender roles, leading females to self-objectify, or view the self as a sexual object. A recent study found that level of engagement with Disney Princesses via media and products predicted female gender-stereotypical behavior one year later.

Take Steps to Make a Difference

Parents, educators, and children can all take steps to counter messages of sexualization. Adults can teach children to value others for who they are, rather than for their looks. Adults can also guide children towards activities that emphasize talents and abilities rather than appearance.

Parents can pay attention to what their children watch in media. They can voice their concerns and opinions with their children’s choices. For example, if your child wants to watch a show that you feel is sexualizing, share your thoughts and have a conversation about this.

Educators can work with media literacy resources that help children and youth build skills to identify a range of sexualizing and other effects from media. Teachable moments offer wonderful opportunities for rich discussions and practice in analytic skills. Listen for instances when students talk about a popular movie or TV show, for example.

Children and youth themselves can put skills in media literacy to work in real-life situations. This might involve children speaking up when friends or peers perpetuate sexualized stereotypes from popular media; having students pursue media awareness projects in school or community settings; or children taking steps to boost their own self-esteem, focusing on who they are and what they can do, not how they look.

All adults—parents, educators, friends, and neighbors—can model the types of values and behaviors we hope to see in children. And we can all advocate for the types of images we want to see in popular media.

What More Is There to Learn?

As a researcher and parent, I’m interested in a number of unanswered questions about the effects of sexualization in the media. We still do not fully understand the psychological processes by which viewing media leads to behavior change. We also do not understand which forms of sexualization in media might be the most negative or harmful for children.

We also need more research to identify the best ways to empower children, families, and communities to resist sexualizing messages. Teaching children media literacy skills, and teaching parents how to effectively monitor what their children watch, are two approaches that are likely to help empower and protect children.