Should You Protect Your Child from Adversity? 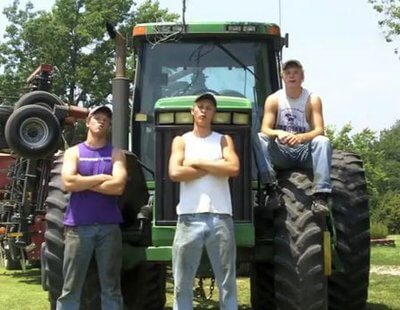 When Leo was growing up, his father rented a farm and worked it to raise crops. His dad needed his son’s help, so he taught the boy how to use tools and farm equipment. When he was fifteen his father died, and to care for his mother Leo had to take over working the farm. It was a hard life, but dealing with all this in addition to school and sports caused him to develop life skills and character strengths that enabled him to work his way through college and eventually become a high-level executive.

In a real sense, Leo’s hardships during adolescence were the luckiest thing that ever happened to him. Not so lucky was Tom, a middle-aged man I coached years ago. His father was an entrepreneur who had accumulated a lot of wealth.

When Tom was a boy his parents made sure he had whatever he wanted, so he didn’t have to work. When he got in trouble his daddy “fixed” it. When he was 21 he was given a generous trust fund, and so he dropped out of college to live on the top floor of his parent’s mansion in Miami Beach. However, during the recession that began in 2001, interest rates declined, as did the payout of his trust fund. To maintain his lifestyle he started taking money from the principal. Eventually, there was nothing left and he asked his parents to replenish the fund. Shocked, they told him to get a job. They asked me to help him, but my coaching had no effect because he had no motivation to work and no interests beyond having a good time with his wealthy friends. Ultimately, his parents rescued him again.

Someday, before you know it, it will be time for your child to leave home. Will encountering the real world be a shock? Will being independent seem so strange and frightening that he or she won’t have the confidence to leave home?

Not if your child has learned how the real world works and how to deal with it. Not if you’ve allowed your child to work through challenges during youth. The ability to survive failure, overcome discouragement, solve problems and exercise character strength involves behavior patterns that have to be ingrained through repetition.

Because in the real world no one catches you when you fall. You have to save yourself.

Every young adult will face challenges like these. It’s the way of life. When your child is old enough to leave home, will he or she be strong enough to handle them?

Guided by love, many parents have this thought: I don’t want my child to have to experience the adversity I had when I was young. But kids who don’t have to work hard to get what they want, who are protected and saved from experiencing the consequences of their actions, who are sheltered from problems and disappointment—these unfortunate children end up disabled, without the skills and strengths to make a life on their own in the unforgiving real world.

Today, nearly 30% of young adults in their twenties are still living with their parents, and most of them aren’t seeking employment. In many cases, their disheartened parents bear some responsibility for this situation.

Yes, you need to protect your child from physical harm. But beyond that, you can allow your child to learn to deal with adversity. Whenever he or she faces a stressful situation, resist the impulse to rescue. Instead of “shielding” and “providing,” you can encourage your child to think and be strong while working through challenges and consequences.

The gift you give will be far greater than anything money can buy.