Teen Sex – A Nice Way to Say No

The book Conversations with the Wise Aunt has a chapter entitled “A Nice Way to Say No,” in which Aunt Maria explains to her niece, Trisha, how boys are different from girls when it comes to attitudes about sex. This brief excerpt is about how a teenage girl can set boundaries. 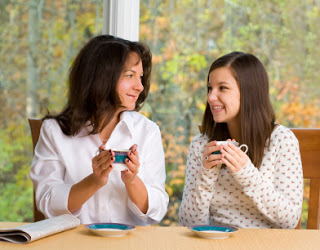 “The desire to have sex is a physical urge caused by the presence of the hormone testosterone. The more testosterone you have in your body, the stronger the urge to have sex. It’s biology. This is true for both men and women. Testosterone production is one of the body changes you experience as a teenager. It’s why you start thinking about sex at this age.”

“So if both boys and girls are starting to think about sex, what’s the difference?”

“The difference is that boys have ten to twenty times as much testosterone as girls.”

“Wow! They must have sex on their brains a lot.”

“Honey, you have no idea. It’s true that girls think about sex from time to time; but for boys, thinking about sex is like background music playing in their minds most of the time.”

“Yes. You don’t feel about sex the same way they do. Which is why I wanted to talk with you. To manage your relationships with boys, there are some things you need to do.”

“Okay. First of all, you need to be the one who sets boundaries in a relationship.”

“I’ll explain, but first do you mind if I ask you a couple questions about Michael?”

“Do you like him in a romantic way? Is he a boyfriend?”

“No. He’s nice. I haven’t known him very long, and I don’t think he’s interested in me that way. It’s just a lot of fun learning the guitar from him.”

“Is that okay with you? You don’t want him to be your boyfriend?”

“So you’ve set some boundaries with him.”

“I mean it sounds like you’ve decided you want to do certain things with Michael, such as learn to play the guitar. But you draw the line at other things, like kissing or dating.”

Trisha went silent. She frowned as she looked at her fingernails.

“Did I say something that upset you?”

“No. It’s just that I haven’t thought about Michael like that.”

“We don’t need to talk about this now if you don’t want. Does it make you feel uncomfortable?”

“I only mentioned Michael because you said he was sweet. Usually when a girl says that, she really likes the boy. Has he ever kissed you?”

Trisha glanced over at her aunt, and then began examining her fingernails again.

“He did try to kiss me once, but I didn’t know if I wanted him to, so I asked him to stop.”

“Yes. We talked about it. He said I was pretty and sometimes he just felt like kissing me. I told him it scared me a little and maybe we better not. So he never tried it again. But I think he probably wants to.”

“I’ve imagined kissing him. It might be exciting, but I keep thinking I’d better not.”

“Why not?” said Aunt Maria.

“Well, Honey, I think that’s a very honest answer. And I think your instincts are natural and good. It’s a good thing to like boys, and it’s natural to want to kiss a boy you care about.”

“But I don’t think about Michael that way.”

“I understand. I’m sure Michael is a fine young man, but from his point of view you’re a really pretty girl, and physically you’re more mature than most girls your age. So when he’s with you, I guarantee that he has thoughts about sex. As I said, it’s nothing against him. It’s the way the male body works.”

“I want it to be about the guitar, not sex.”

“It can be, Trisha. Michael’s not an animal. He has urges, but he’s an intelligent human being. He has the ability to think and make choices. He can control his behavior.”

“That’s where boundaries come in. You not only need to draw the line for yourself, you need to tell him where the line is. You tell him what you want and don’t want. For example, with Michael you could say something like, ‘I want you to know you’re a terrific person, and I love coming over to learn from you. To me, you’re like the older brother I wish I had. And that’s how I’d like it to stay between us. Not boyfriend-girlfriend. No more kissing or anything. I like our friendship just the way it is, and I don’t want to change it. I hope you feel the same way.’ Something like that. You draw the line. You make sure he knows what’s okay and what’s not okay. Basically, it’s saying no, but in the nicest possible way. Do you think you can do that?”

“This doesn’t mean you should go through your whole life as a teenager without getting kissed. After all, you might care about a boy sometime.”

“I hope so,” said Trisha. “When the time comes I want to go on dates and maybe even have a boyfriend.”

“That will happen someday. The thing is, when it does you want to know how to handle any situation. Sexual feelings are strong, and if you’re kissing and petting, the two of you could get carried away. It happens all the time.”

“It seems to me that kissing is no big deal.”

“Personally, I think kissing is a big deal, in a nice way. But kissing can get pretty steamy. It can quickly lead to touching. And once you get excited, it’s hard to say no. If you don’t want him to do this, you have to draw the line at kissing.”

“But it must be awkward talking with a guy about this.”

“You wouldn’t bring it up when you’re first getting to know each other. But later, if you realize you have feelings for each other, he might want touch you where you don’t want to be touched. He might want to have sex. You need to be the one to tell him what’s okay and what’s not okay. Your boyfriend won’t be the one to set limits. They aren’t made that way. They want to get past first base.”

“That’s how boys talk about it with each other. First base is kissing. Second base is sexual touching. They get to third base when they get her pants off. You can guess what home plate is all about.”

“When a teenage boy pushes a girl to have sex, he may say things about love. But for most boys the real goal isn’t a long-term relationship. What he wants, deep down, is to have sex. For him, it’s like climbing a mountain. When he finally reaches the top, he’s satisfied. He’s done. In fact, it often happens that the boy loses interest in the girl after he has sex with her, because he got what he wanted. This would make any girl feel awful, because she thought the relationship meant more than that.

“And just as bad, some boys like talking about their sexual experiences with their friends. Then the story can passed along until a lot of people know. This would change how people think about the girl. It could damage her reputation.”

“Oh, Aunt Maria, is it really this way?”

“I’m afraid so. Later, when boys mature into men, the good ones have learned more about women and how to treat them right. Sex is a wonderful thing. But there are risks, and you need to take charge of your relationships.” 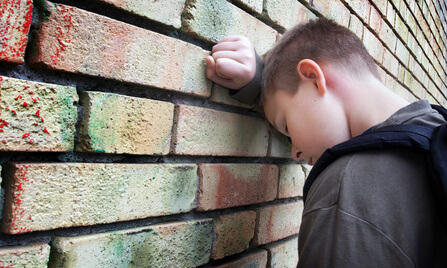 I Recall My Early Teen Years – Some Surprises

I Recall My Early Teen Years – Some Surprises