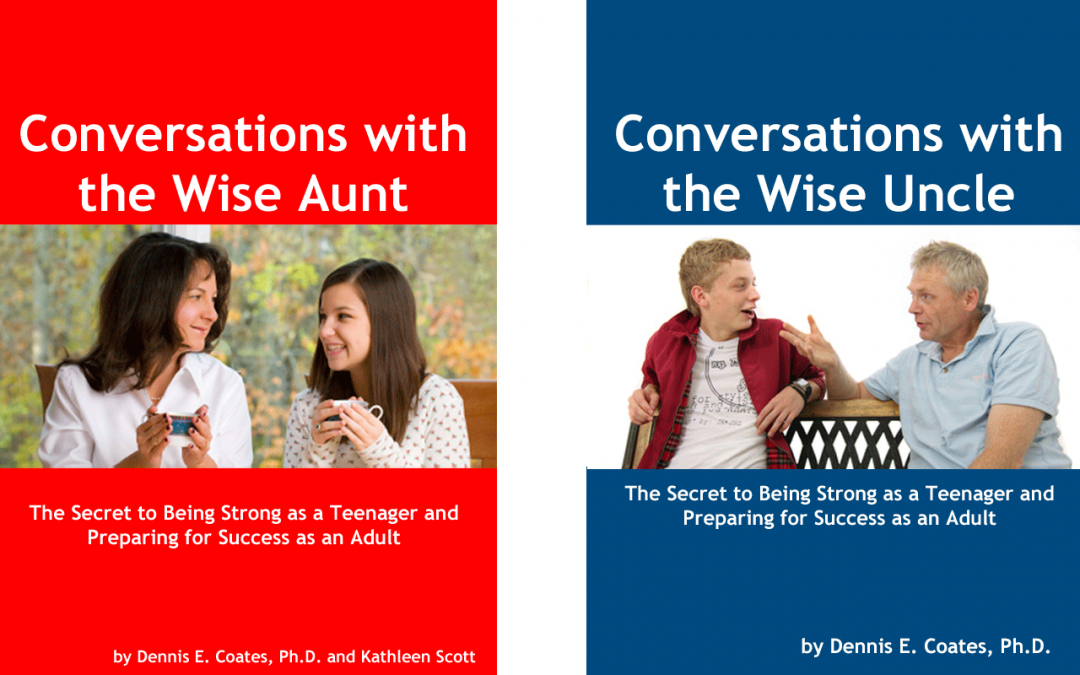 It seems like yesterday when I published Conversations with the Wise Uncle: The Secret to Being Strong as a Teenager and Preparing for Success as an Adult (First Summit, 2012). Eight years ago! It’s a series of stories about a young boy named Chris and his uncle Ray, who mentors him during his growing up years. Along the way, Ray engages the boy in several life-changing conversations. The book is meant to model important (but sometimes difficult) “talks” parents need to have with their kids–but often don’t.

The idea for the book was inspired by a story my best friend told me. When he was 12, his uncle took him out for breakfast and told him what to expect during his teen years. He described the physical changes. He talked about peer pressure, risk-taking behavior and the consequences of sex, drugs and alcohol. Afterward, his uncle said, “Now I want you to promise me something. When your friends want you to go along with them and something inside you doesn’t feel right, I want you to stop and think about what could happen. I want you to remember the things we talked about. Will you do that?” My friend said this talk with his uncle was the most important conversation of his life, that it helped him steer clear of all kinds of trouble during his teen years.

The second chapter of the book is “The Melon and the Ball of String,” in which the boy’s uncle talks to him about two things: how the young man in the present fits in the big picture of the span of his entire life; and how his prefrontal cortex (PFC) is ready for significant growth during his adolescent years, and the potential to wire that part of the brain for “smart” thinking skills.

With a magic marker, Ray draws a face on the melon and illustrates where the PFC is located.

Then he cuts a length of string and asks Chris to tie 10 equally spaced knots. The string illustrates the length of a human life, and the space between the knots equate to ten years of life. He shows Chris that his present moment is slightly after the first knot. This helps Chris appreciate that adolescence is coming up next, leading to a potentially long life as an adult. The string makes a hard-to-imagine concept seem real to him.

I loved telling this story because most young people are so focused on the present that they don’t see themselves on the front end of a potentially long life. This saddens me because if they have no concept of a potential future, why would they care about preparing for it? Why would they take responsibility for making the decisions that create a life path? And there’s so much preparation they need to attend to, including learning what school has to offer, life skills, social skills, a positive self-image, personal strengths, and much, much more.

As a consequence, the future beyond high school doesn’t become real to many teens until they approach graduation. Consequently, they’ll be trying for years to catch up with some of their more far-sighted peers; and as you know from experience, many adults never make it.

Do you remember when you were a teen how wise you were about the ways of the world? I was a straight-A student for 12 years and valedictorian of my high school class, and I can tell you I was naive beyond belief. It would have helped so much if I had had more wisdom then. Teens need lots of talks!