The Most Powerful Way to Influence Your Child Is the Simplest 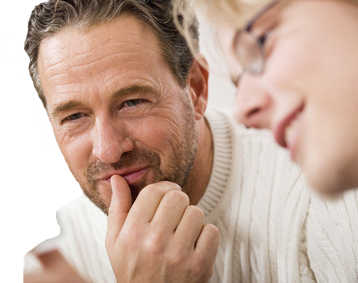 All my writing these days is about how you talk to your child.

But parents communicate in other, very powerful ways.

When my two sons were small boys, I had never heard the term “parenting.” I knew nothing about techniques or skills that would make me a better parent. I’m not sure that the way my relationship with my father affected how I was raising my sons, because when I was young I thought I was in charge of my life and was creating my own path without the guidance of my parents.

As an adult, I was just trying to be a caring father, sharing my values and communicating with my young sons on an adult-to-adult level.

When my sons (both are now over 50) were young, I was in graduate school and after that I was teaching English at West Point. So the intellectual side of me was very much there for them to see. I remember explaining to my youngest boy what Buddhism was, that there were hundreds of religions in the world.

Both boys were outstanding students, were writing computer programs before they were 16 years old, and eventually had very successful careers in information technology. Years after he was a successful executive, my oldest boy earned a Ph.D. He didn’t need the credential. Maybe he just wanted to be like his dear old dad.

In retrospect I understand that while I knew nothing about parenting, I was unconsciously teaching by example.

And now that I think deeply about parenting every day, I see that teaching by example is the most powerful way to influence who a child becomes. You don’t have to be aware of what you’re doing for this to happen. Kids watch their parents and learn from them from at a very early age. How else is a toddler supposed to figure out what to do? And they continue doing this throughout adolescence. When Dad doesn’t signal when turning right, the 16-year-old daughter figures that’s OK for her too, even though Dad may have instructed her differently.

A woman I know became addicted to cigarettes because both her parents were chain smokers. My friend didn’t break the habit until her mother died of lung cancer.

Another woman (I dated her as a teen) had an alcoholic mother. I never once saw her mother when she was sober. I later learned that my child sweetheart died in her thirties of an overdose of alcohol and drugs.

So while your child can learn from you what it means to be a good, strong adult, they can also pick up on your bad behavior. You can’t assume they’ll be turned off by the way you act and resolve to be different, though this sometimes happens.

The principle: Be the kind of adult you want your child to become.

Your child will learn from your example. It’s what they do. You can’t tell them to do what you say, not what you do. It’s a huge responsibility you can’t evade – a heavy responsibility for a parent.