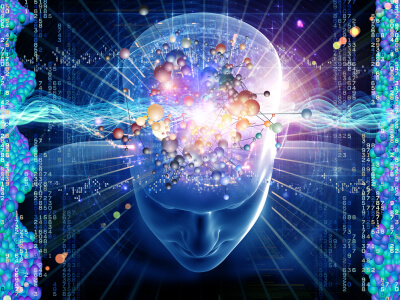 The human brain has a unique way of developing itself. A child’s brain develops in phases. During each phase, the basic foundation for a particular brain function – such as visual perception, walking, or talking – is “wired.” The human brain’s way of wiring itself is to produce far more brain cells and connections than will eventually be needed (blossoming); the connected brain cells are then insulated (myelination); and finally the brain cells that aren’t used are absorbed by the body (pruning).

To prevent brain cells from being permanently pruned away, the child has to “use it or lose it.” If the child exercises that brain area repeatedly, the connections involved in the action will be reinforced and strengthened.

Otherwise, the unused brain cells will slowly atrophy and be removed. This allows the wired circuits that remain to operate at maximum efficiency. But in fact, pruning means that part of the brain area is slowly being sculpted away. To minimize the sculpting and maximize the foundation, the child needs to continually exercise the ability while the window of development for that phase is still open. The final area of brain development is the prefrontal cortex (PFC).

While the rest of the brain handles “what is,” this area handles what things mean and imagining what could be. Often called the “executive” part of the brain, this area processes intuition and logic, cause-and-effect understanding, problem-solving, decision making, foresight, planning, and organization. These capabilities, along with language processing, are what make human beings smarter than other animals. For this reason, I call the PFC the smart part of the brain. Developing the PFC as thoroughly as possible during adolescence is critically important to your child’s future happiness and success. Scientists now know that the PFC’s second, final stage of brain development begins as kids reach puberty. Pruning occurs throughout adolescence, which can extend until the mid-twenties.

After that, construction of the young adult’s foundation for conceptual thinking and learning is complete, once and for all. The significance of “use it or lose it” by pruning of the PFC is that unlike learning to walk or talk, some young people will use the PFC a lot more than their peers during adolescence, meaning that less of their PFC will be lost. Other kids will use their PFC hardly at all while they’re growing up, meaning that they will lose quite a bit of their PFC.

The consequences are permanent: the remaining neural pathways are the foundation for using that area of the brain during the rest of life. More learning is still possible, but this has to happen on the foundation that has been established. Why am I telling you this? Because understanding teen brain development gives new significance to adolescence. This time of life is their only opportunity to construct the foundation for conceptual and logical thinking.

But there’s a catch: the second blooming at puberty makes it hard for them to do what they need to do. At a time when teenagers’ bodies are upset by hormonal growth, new sensations and strong emotions, they are singularly ill-equipped to understand what’s happening to them and to manage their feelings. Exercising the prefrontal lobes at that age is like asking them to pull themselves up by their own bootstraps.

Unfortunately, no adult can do the work of exercising a teenagers PFC; the child has to do the work. Like a toddler learning to walk, to wire the prefrontal cortex a teenager will have to make at a concentrated effort to exercise critical thinking, over and over again. But unlike a toddler, teenagers aren’t internally motivated to do the work. They don’t know what critical thinking is, how important is, that they have to use it or lose it while they’re still adolescents, or what they have to do build the foundation skills. So just as infants need stimulation to fine-tune perceptual skills and toddlers need interaction to build language skills, teenagers need encouragement to build thinking skills.

There is much parents can do. First, they have to maintain a trusting relationship with the child. This means unconditional love, understanding, patience, tolerance, respect, role modeling, communication, and encouragement. In other words, if the teenager’s erratic behavior provokes a hostile reaction with adults, the result could be alienation and the so-called “generation gap.” This all-too-frequent relationship disaster means that the child won’t heed even the best coaching.

Another imperative is to stimulate the child to think conceptually. Questions like, “Why do you think this happened?” and “If you do this, what do you think will happen next?” cause a child to engage the frontal lobes. The more they try to understand, reason through problems, control their emotions, use their imagination and focus on goal achievement, the more the PFC wiring will strengthen during this critical time of life. A lot more about this in my book: How Your Teen Can Grow a Smarter Brain.