When You Gaze at Your Child with Love, Do You See an Adult?

On the occasion of my 50th class reunion, I remembered some of my West Point classmates. One in particular, I’ll call him Joey Sheed, graduated near the top of our class. As a freshman, I was in awe of him. We attended several classes together, and he never earned anything less than a perfect score on every test. I tried to equal his academic achievements, but I simply couldn’t. I realize now that he had come to West Point with a mind that was much more skilled than my own. I can only guess at the kind of encouragement, challenges and mentoring he must have received as a child. As a cadet, I worked hard to improve myself, but it would be many years before I’d consider myself his equal.

After graduation, he entered the Signal Corps but quickly transferred to the Air Force, which sent him to MIT to get a Masters in meteorology. After six years of service, he resigned to begin a career in weather forecasting in New England. A few years after that he joined a religious movement that led to Bible school, ordination, a faculty position and the founding of his own church. But his spiritual evolution eventually put him at odds with his religion, and he was de-ordained and dismissed, which caused a split in his church. This began a “dark period” of self-reflection which eventually inspired his creativity. He published a novel, wrote poetry and became an artist. The past ten years he’s had a successful business as a dealer for American stamp collectors. 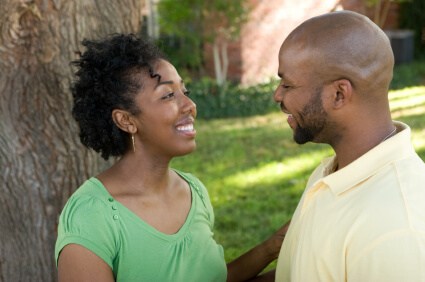 Well now, that’s quite a life journey for an individual so gifted at an early age! While cultivating the intellectual talents of young Joey, his parents couldn’t possibly have imagined the paths he would choose in life. I wonder if they even imagined the kind of adult he would become.

It makes me think of my niece, who is the hardworking mother of two girls, aged eight and six, and a three-year-old boy. Like all kids, they’re learning and growing day by day. But the changes are so gradual that I’m sure she rarely – if ever- pauses to imagine the grown adults they’ll eventually become or the life choices they may be prepared for. I’m sure she looks at them – as I do – and sees the precious little kids that they are today. This reminds me of something Christos Efessiou said in his book, CDO – Chief Daddy Officer:  “Most of us begin parenting with only a vague idea of where the process is headed, treating childhood almost as a permanent state instead of a transitional phase to adulthood.”

At some point, I believe it’s critical for parents to transcend their perception of present moments to appreciate that they aren’t raising kids. They’re raising adults. And when it’s time to leave home, yes, they’ll need what they learned in school. But they’ll also need thinking skills, learning skills, and dozens of other life skills, including relationship skills, communication skills, financial literacy, character strength, and a strong work ethic. Children don’t automatically arrive at the threshold of adult life with these vital skills. They have to be acquired through experience and extensive repetition. Seeing kids as emerging adults is a key step in supporting their involvement in activities that provide this reinforcement.

As a kid I applied myself in school and as a youth, worked various jobs to earn money. But I know my parents didn’t consciously guide me to prepare for adult life. The phrase “life skills” was never spoken. I’m sure it never entered their minds. They were just doing the best they knew how to raise eight kids. Consequently, as an adult I was constantly trying to learn things I could have easily learned in youth.

If you’re the kind of conscious parent who wants your child to have the best preparation for adult life, you need to begin now to appreciate that before long this sweet kid will be a grown adult. Perhaps she will have children of her own, dealing with the difficult challenges of raising her own adults. Look at your six-year-old, your eight-year-old, your ten-year-old and imagine the grown adult they will become. Because it’s going to happen. Not in the distant future, but only a few years from now. Appreciate what they will need to be happy and successful. It’s amazing how this perspective will affect your choices as a parent. Start now to encourage them to learn as many Life Skills as they can.

The most powerful life skills are thinking skills.