Making the Future Real for Teenagers 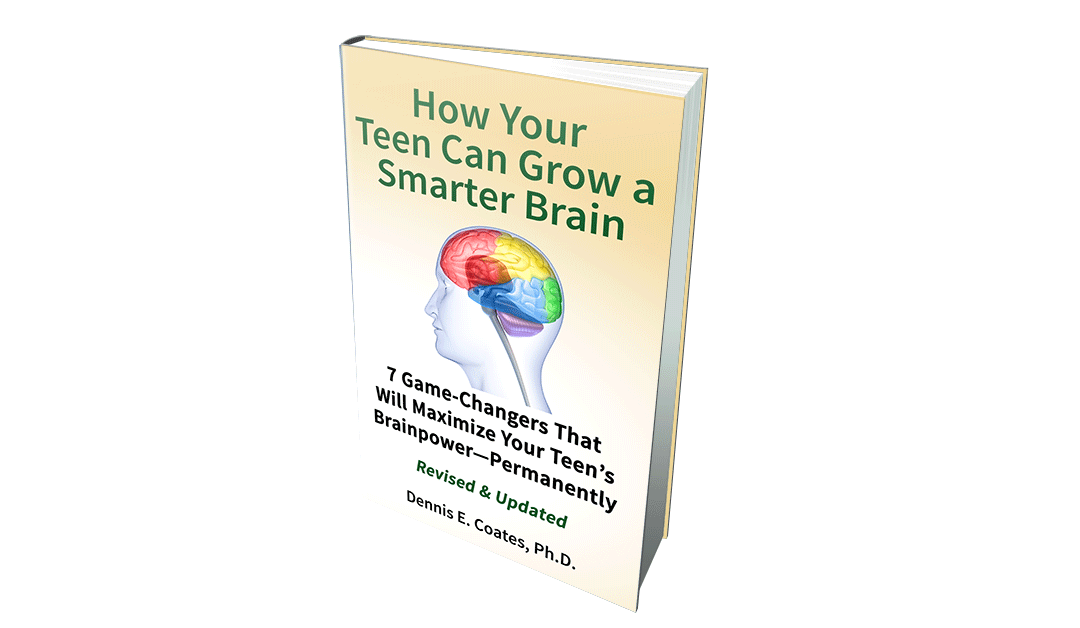 It’s a “race against time” because your child has only one chance to exercise critical thinking repeatedly or the basic foundation wiring for intellect won’t happen. Time will run out at the end of adolescence and your child will have to live with a minimal intellect, a vastly superior mind, or something in between. It all depends on whether your child does the work.

Early adolescence is a difficult time because during the first stage of this period of development, billions of dendrites have sprouted in the PFC. These are the connections that need to be used, or they will be pruned away forever. But with the PFC jammed with all this unused gray matter, it makes it hard to think critically. It’s like trying to pull yourself up by your own bootstraps. A young teen needs help – coaching, mentoring, and encouragement.

One of the functions of the prefrontal cortex is to create images about something that hasn’t happened yet – the future. This why teens who want to experiment and have fun often fail to consider the consequences.

Flabbergasted parent: “Why did you do that?” Honest teen answer: “I don’t know.”

Flabbergasted parent: “What were you thinking?” Honest teen answer: “I don’t know.”

The inability to foresee consequences can get a teenager in a lot of trouble.

Someone once told me that his daughter, a freshman in high school, had received an F on her academic progress report in every subject but one.

“You’re capable of making A’s. Why are you flunking these courses?”

“So you decided to blow them off, not do the work?”

“The classes are boring.”

“Don’t you know that all your final grades, from freshman through senior year, will be examined when you apply to college?”

His daughter gave him a blank stare. No, she hadn’t thought about that. It never occurred to her because she hadn’t considered there might be future consequences. You’d be surprised how many high school students rarely – if ever – think about what will happen to them after high school, when they should be moving on the next stage of their lives. For many young people, the future isn’t real to them at all – until it happens.

But for this to happen, one thing they’ll need to do is wire their brain for the ability to imagine the future. You can help by consciously and consistently encouraging them to think about things that could happen as a result of their actions. Not by lecturing, but by asking open-ended questions.

Start small, encouraging them to set a near-term goal and coaching them to create a plan to achieve it. “You want to make the varsity squad. What will you need to do to make the coach want to select you?”

Ask them to consider the consequences: “If you do this, what do you think will happen?”

Help them understand the cause-and-effect relationship between getting something they want and earning it: “When you get your license, you’ll want to borrow the car keys from time to time. We’ll gladly do that if we trust you to use good judgment. You know trust has to be earned. You can get killed driving a car. We’re not going to trust you with our car just because you turned 16 and got a license. What do you think it will take to earn that kind of trust? What might cause us not to trust you?”

Someday your child will realize that there’s life after high school. Make it your project to help them think about the future – the sooner the better.

There are many other ways to help your child develop vital thinking skills, to prepare for leaving the nest. My new book: How Your Teen Can Grow a Smarter Brain.