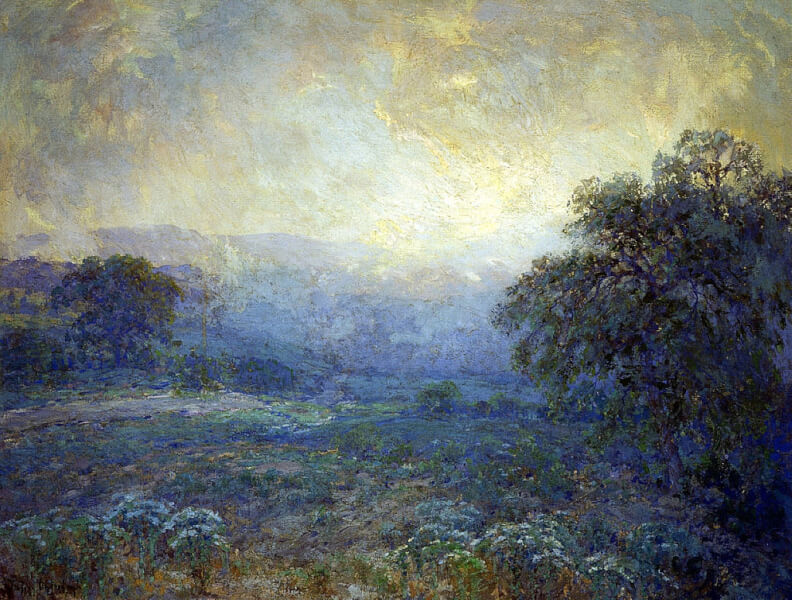 How could viewing over 25 paintings by early San Antonio artist Julian Onderdonk make me think of video game addiction? It happened. The San Antonio Museum of Art recently featured the collection of Onderdonk, an American impressionist painter who died in 1922 at the age of 40. All the canvases depicted landscapes of different south Texas countrysides in different seasons, weather conditions and times of day.

Having spent the better part of an hour studying these paintings, I imagined that Onderdonk must have had a special childhood. Both he and his father studied under the same American impressionist, William Merritt Chase. So think about the mentoring he must have received from his father. Consider the countless hours his dad must have spent outdoors teaching his boy to appreciate the effect that different casts of light have on one’s perception of the natural world.

Onderdonk’s world – 100 years ago – was quite different from the world in which many of today’s kids grow up addicted to video games. More than half a billion people worldwide play screen-based games at least an hour a day — 183 million in the U.S. alone. Ninety-nine percent of boys under 18 and 94% of girls under 18 report playing video games regularly. The average young person racks up 10,000 hours of gaming by the age of 21. Five million gamers in the U.S. spend more than 40 hours a week playing games.

Video games are big business, much bigger than the film industry. Innovation in gaming technology proceeds at an astonishing rate. Virtual reality technology has already arrived. The statistics of the American Software Association’s 2016 report on the habits of American gamers paints a picture of video game addiction:

The evening after my afternoon at the art gallery I attended Stephen Sondheim’s musical “Into the Woods” at the Tobin Center for the Performing Arts. During intermission, I watched as the young woman in the seat in front of me played a video game. I noticed that she was playing at “Level 41.” Players who succeed at the game are rewarded by being allowed to play at the next, more challenging level. Addicting!

Video games, especially action games, which simulate dangerous situations, cause a physical sensation of excitement (release of adrenaline and cortisol). Winning at the game produces a pleasure reward (release of dopamine). The desire to return to the game for more excitement and more pleasure is what makes these games addictive. And the producers of these games would like the public to see this addiction as a benefit. Today on Skype I saw this prominent ad banner: “The Most Addictive Game for Women: Discover Elvenar.”

In moderation, consuming alcohol can be safe and pleasant. By contrast, alcohol addiction is devastating to health and relationships.

Drug addiction, nicotine addiction, sex addiction, and yes, video game addiction. None of these should be accepted or promoted, especially to children. Each has damaging consequences. Video game addiction can disturb a child’s normal brain development. And every hour spent gaming is an hour wasted – not practicing vital social skills or learning how to nurture relationships. It’s not time spent learning about the world building a work ethic, achieving health and fitness, studying, learning to think or preparing for college or a career.

In short, hours in front of a screen is not time spent in the real world with real people preparing for the challenges of life and work. Hours spent going to the next level is not time out in nature where the same wonders that Onderdonk enjoyed as a child still await today’s kids.

I treat this topic in more depth in Chapter 6 of my new book: How Your Teen Can Grow a Smarter Brain.