Grandpa Opened My Eyes to the World of Achievement 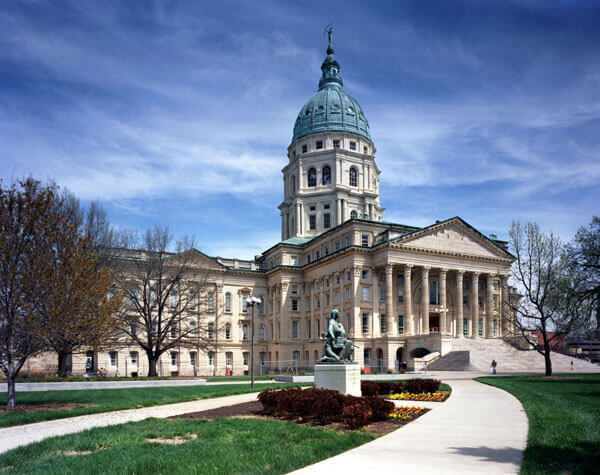 It was the summer of 1960, and I was 15. Elvis’ active duty service in the Army was behind him, and John Kennedy was running for President. My father, a chief warrant officer in the Army, had been reassigned to Germany and our family would follow six months later when housing was available. Meanwhile, I, my mom and six brothers and sisters were living in my dad’s parents’ house in Topeka, Kansas. I sometimes reflect on the love my grandmother brought to the horror of coping with all those kids in that small house. I had left all my best friends behind in the small town of Waynesville, Missouri, and I was enrolled in Topeka High School for the fall semester, where my father had gone to high school when he was my age.

That summer my grandfather took a special interest in me, maybe because I was the oldest child. He was a typesetter at the Topeka Daily Capital, which meant that his workday started at 6 PM and ended at 3 AM. Each night he returned home to a quiet house and slept until mid-afternoon. About 4 o’clock he would come downstairs wearing a bow tie and a jacket. He was a small, slender man who loved to joke with his grandkids.

One afternoon he invited me to walk with him to work. He didn’t own a car, so this walk was part of his daily ritual. Three blocks from the house we stopped at a corner store, where he bought a cigar. He introduced me to the man behind the counter. “Jerry, this is my grandson, Dennis. His family is staying with us until they can join my son Willy, who’s been transferred to Germany. Do you remember Willy?”

After we left the store, he pointed to a brand-new 1960 red-and-white Buick parked at the curb. “What do you think of that car?” he asked.

I didn’t know how to answer. Was he testing my knowledge of cars? “I like the color,” I said. “I bet it’s expensive.”

“Dennis, somebody designed that car. A real person, or actually a group of people. Think about it, some people learned how to do that, got hired by the Buick company, and look what they did.”

I had never thought of cars that way, that real people had become smart enough to design and build the cars I saw every day. “You could do that someday,” said Grandpa. “You’re a serious student. You could, if you wanted to.”

I was pretty sure I didn’t want to, but the idea that something like that was possible for me was a new thought.

Grandpa lighted his cigar. “I don’t inhale,” he said. “Jerry’s an interesting fellow. He’s owned that store for thirty or forty years. I see him every day. He’s just as smart as the guys who design Buicks, but he’s smart about other things. There’s a lot to know about owning a store. You could do that if you wanted to.”

I wondered about that. Where do you get all the stuff that’s sold there? How much do stores cost? It seemed beyond my experience. “I don’t know, Grandpa.”

As we continued our walk down 10th Street, the state capitol building came into view. “See that guy mowing the grass? His boss has a contract to keep the grounds looking great. It’s a hard job. How would you like to spend all day every day cutting grass?”

As we walked by a bus stop, a bus pulled up. Grandpa waved. “I sometimes take this bus. That’s Howard Sears. He’s a family man, two boys and a girl. I think one of the boys is about your age. Maybe you’ll meet him in school. I don’t know how many times Howard drives that route every day. It’s a hard job, but I’m sure glad he does it. And I’m glad there’s somebody willing to mow the capitol lawn.”

When we arrived downtown we entered a drug store. “You want a soda?” Grandpa spotted another friend. He was also dressed in a suit and tie. They shook hands. “Jim, good to see you,” the man said. “Sit down. Who’s this fellow with you?”

“Dennis is my oldest grandson.” Then he turned to me. “Dennis, Alf used to be governor. He ran for President 25 years ago.”

Twenty-five years seemed like ancient history to a 15-year-old boy. Why would someone like him be in a drug store in Topeka? How did he come to be friends with my grandfather? It was a lot to comprehend.

When we got to the newspaper building, Grandpa talked about Oscar Stauffer, the owner. “His company owns the Journal; they bought the Capital a few years ago. He’s a very accomplished businessman. But it’s time for me to get to work now. You know the way home. We’ll talk more later.”

That afternoon Grandpa seemed to want to make a point that people do great things because they got smart enough to do them, and that this level of success was possible for me, too. I could be like Alf Landon and Oscar Stauffer. All I had to do was continue making good grades, work hard and believe in myself.

More than half a century later, I understand that the summer of 1960—and especially this walk—was a turning point in my life. My grandfather made me realize that some people prepare themselves to do great things, and others don’t. He helped me believe that I could do something significant, but it was up to me. I had left my childhood behind and was starting over as a total stranger in a strange land. It would be a more serious time of life, in which I envisioned and planned for my adult future.

What I didn’t know, and what no one on Earth knew at the time, was what “smart” really meant and that it takes more than good grades to become an intellectually strong adult. What I learned 50 years later is that the foundation for a superior intellect has to be wired in the prefrontal cortex during adolescence, and that to create these neural pathways a youth has to persistently exercise critical thinking.

So what work should your teenager be involved in to wire their PFC? And how can you encourage more of it? These are questions I address in my book, How Your Teen Can Grow a Smarter Brain.