I have a 15-year-old nephew. The last time I saw him he was doing what most kids his age are doing: sitting on a couch browsing his smartphone. 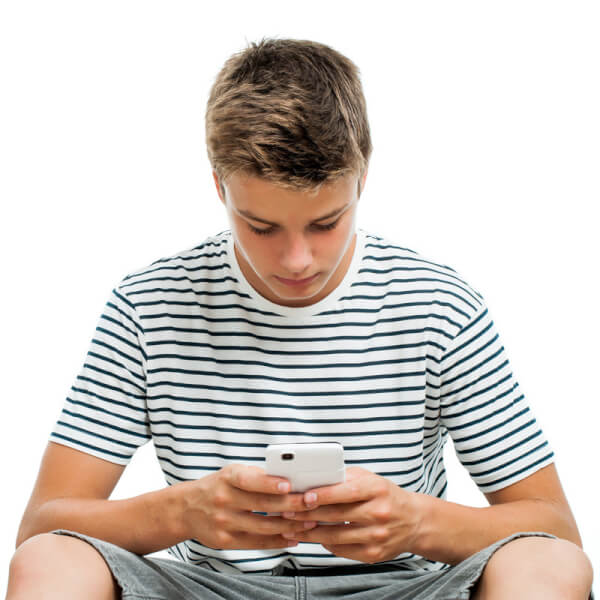 At the time I was thinking that a lot of unused brain cell connections were in the process of being “pruned” from his prefrontal cortex (PFC), the part of his brain that makes him smart. Pruned, as in permanently removed.

It sounds funny to put it that way, but course it’s not funny at all. As an adolescent, his PFC is once again “under construction.” According to neuroscientists, pruning is a natural part of the process of developing the foundation circuits in a child’s brain. The last part of a child’s brain to undergo development is the PFC, which is responsible for “connecting the dots,” concept formation, critical thinking, judgment and other executive functions.

It’s a hugely important part of his brain.

As I said, this final stage of brain development happens during adolescence. Just as foundation circuitry is established in every part of a young child’s developing brain, the process begins with blooming (over-production of brain cell connections), followed by the slow pruning away of all unused connections. This may seem like an odd way of programming an area of the brain, but it works. Only the connections that are used a lot actually form into circuits, and the unused connections are removed to make the remaining circuits work more efficiently.

Dr. Jay Giedd, the pioneering brain researcher at the NIMH who discovered that the brains of teenagers are still developing, said this about pruning: “It’s use it or lose it.”

It’s use-it-or-lose-it when newborn infants struggle to learn how to see. When toddlers do the work to stand up, balance and walk. When kids learn how to talk. But if you’ve been around small children, you know they’re motivated to do the work. They’re constantly giving a 100% effort. And because they’re using their young developing brain areas so much, not a lot is being pruned away. And this is true of pretty much all children. They desperately want to learn basic skills, because when you can do things like walk and talk, you can get what you want.

But I wondered how badly my nephew wants to learn basic critical thinking and executive function skills. Does he even know what they are? Does he understand their monumental importance to success as an adult?

Oh, about the pruning that’s going on in his PFC:

Put another way, the classic tendency of teens to use poor judgment, take risks and react emotionally is not a phase. Young people don’t simply get over it when they become adults. Everything depends on whether they do the work of exercising critical thinking during adolescence.

Will my nephew do the work? If I tell him about his “adolescent brain,” will he take me seriously and make wise choices, or will he dismiss the information? Will he get lucky and become fascinated with activities that promote critical thinking? Will he have teachers and other adults in life that encourage him to think, learn and work hard? Or will he succumb to peer pressure and focus on being popular, having fun and doing the dumb and often dangerous stuff some of his peers will encourage him to do?

A lot is at stake, of course. Obviously, some adults end up with brilliant minds. We’ve always known this. Just as we’ve always known that other adults become good, decent people who have minimal mental capacity and will never be capable of high levels of human achievement.

But as momentous as this process is, it’s so gradual, silent, invisible and misunderstood that there’s no guarantee that any warning bells will go off to stir my nephew to action.

I have a lot more to say about all this in Chapter 2 of How Your Teen Can Grow a Smarter Brain.