A Most Revealing Story about a Modern-Day Feral Child

A “feral child” is one who spent a significant part of early childhood isolated from civilization, often raised by wild animals. A consistent theme of these stories is that the foundlings had no language or social skills, which are normally learned early in life, and attempts to teach them how to talk and integrate into society ended in failure.

It’s not surprising that these cases are quite rare. Some of the stories have no evidence to back them up; but one validated example is the 12-year-old “Wild Boy of Aveyron,” who was found in the woods near Paris in 1800, acting like an animal. A school teacher adopted him and tried to socialize him. After several years, he could not teach the young man to talk.

This phenomenon is closely related to research done by David Hubel and Torsten Wiesel in the 1960s. They sewed one of newborn kittens’ eyes shut during the first three months–the sensitive time window for development of the brain’s visual cortex. After the sutures were removed, the cats never recovered normal use of that eye. The same procedure done on fully mature cats had no effect on vision. They tried the same experiment on newborn monkeys, with the same result. For their work, which showed the importance of critical periods of brain development, the scientists were awarded the 1981 Nobel Prize in medicine.

Apparently, when it comes to basic development of an area of a young brain, at a certain point the window opens, and then it closes. Use it or lose it. 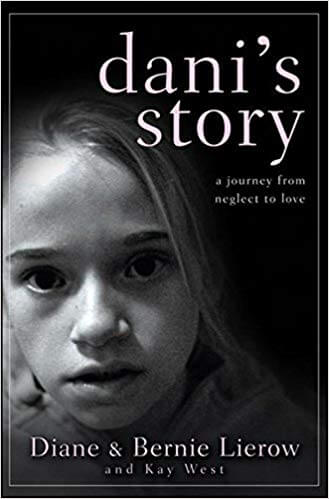 A feral child case closer to home is that of Danielle Lierow. When she was six years old, someone saw her gaunt, blank face in a broken window in Plant City, Florida, and called the police. They found her on a mattress covered with roaches, maggots and her own feces. She was like an infant: she couldn’t talk, eat solid food, or play with toys. After six weeks in Tampa General Hospital recovering from malnutrition, doctors found nothing physically wrong with her. As I write this, she is 20 years old; but in spite of loving adoptive parents and years of efforts by therapists and teachers, she never learned to talk. The sensitive window for learning speech had come and gone and the language areas of her brain had never developed; the cells and connections in these areas had been pruned away. Danielle had no chance to exercise language skills when she needed to, so she lost the chance to develop them, seemingly forever.

Her story has been documented in the Pulitzer Prize-winning article in the Tampa Bay Times, “The Girl in the Window,” by Lane DeGregory, and her follow-up stories, “The Girl in the Real World” and “The Girl Ten Years Later.” Diane and Bernie Lierow, the couple who adopted her, give their account in the book, Dani’s Story: A Journey from Neglect to Love (2011).

The sensitive window for final development of the prefrontal cortex (PFC) opens at puberty and closes at the end of adolescence. It’s a young person’s only chance to wire their brain for substantial intellectual capacity. Since practically no teens understand the function of the PFC or that foundation thinking skills need to be wired during adolescence, we rarely see kids consciously trying to grow a smarter brain. It’s a silent, unseen process, so they aren’t motivated to do the work that would cause the skill circuits to form. So for thousands of years, the few young people who became adults with brilliant minds did so because of fortunate choices and circumstances.

This post is adapted from Chapter 2 of my book, How Your Teen Can Grow a Smarter Brain. I wrote this book to try to change this situation – to give young people the opportunity to take luck out of the equation, to give them the means to consciously grow a smarter brain.

A Strategy for Managing Your Child’s Screen Time

A Strategy for Managing Your Child’s Screen Time