Today, most phone calls are made using wireless smartphones, relayed by Wi-Fi devices in your home or distant radio towers. What we used to call telephones are now called landlines, and these are steadily disappearing.

The smartphone technology that people carry in their pockets is far more powerful than the computers that guided the astronauts to the moon. Smartphones really are smart. You can use them to make phone calls, check email, send text messages, get verbal directions to distant destinations, do research, listen to music, watch sporting events or TV shows, buy and sell stocks, access more information than exists in the Library of Congress, and take a high-definition digital photo or video clip and then send it to anyone, anytime, anywhere in the world – in seconds, for free.

And a lot more. The people who make these wondrous devices and applications are innovating like mad to make them even more powerful, useful, appealing and addictive. The best smartphones are as expensive as a desktop computer, and your teenager would like one right now (if he doesn’t already have one). 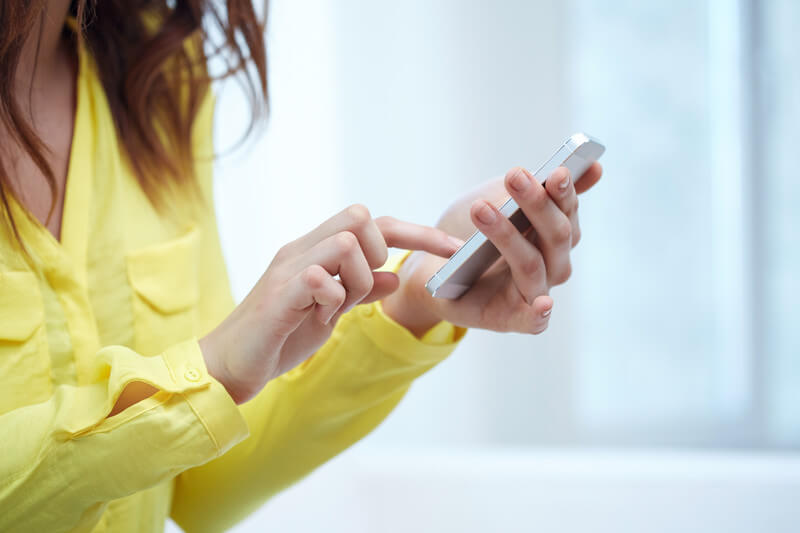 Yesterday I dropped by the Verizon store to ask about basic flip phones, a reasonable alternative to smartphones for a young teen. They had none in stock. As I browsed the accessories arranged along the wall, I observed a salesman helping a mother and two young daughters configure their new smartphones. The sight provoked mixed feelings because while the devices are nothing short of miraculous, I’m aware of quite a few dangers and downsides for adolescent children, many of which parents know little about.

The problem for parents is that while teens argue that they must have them, smartphones are a relatively new, poorly understood cultural phenomenon. People are dazzled by the new function-rich devices that arrive each year. I recently spoke to a mother of three boys, aged 11, 13 and 15. She told me her ex-husband takes an active interest in their sons, and recently he gave his oldest boy a smart phone for his birthday. The boy had talked about wanting one for a long time, and he was thrilled. The father also gave all three sons video game consoles for Christmas. He won a lot of “best dad” points with these gifts.

Wait a minute, aren’t social media part of the new cool? What’s so bad about staying in touch with your friends? This is how today’s teens communicate, right? Facebook, Twitter, Snapchat, YouTube, and Instagram, right? Without a social media presence, wouldn’t a teenager be practically invisible and succumb to a FOMO-driven (fear of missing out) depression?

Before you give your kid access to social media, consider that cyberbullies require social media to express their meanness, which can drive needy teens to commit suicide. Kids need social media to participate in sexting. They rationalize that it’s exciting, everybody does it, and its a good way to “hook up.” So they share nude pictures of themselves with people who may ridicule or exploit them, and the pictures can never be removed from the internet. Teens aren’t experienced enough to realize that virtual relationships on social media aren’t real relationships at all; when your kid’s post is “liked” by more than 100 people, it doesn’t mean what they think it means.

So they spend dozens of hours a week on social media, when they could be out in nature, playing a team sport, reading, learning life skills, or having face-to-face time with real people, building real relationships. The time they invest in social media is mostly wasted, and it’s time they don’t have. They’re already stressed out because they have a lot on their plate: homework, extracurricular activities, friendships, travel time, meals, errands, chores, and, oh yeah – sleep. Something has to give and it probably won’t be social media.

The problem is that social media are addictive; in the brain, cortisol is released to deal with the stress of hoping for attention and popularity, and dopamine provides the reward when social media delivers a screen-based substitute online, a process that makes kids want more. Put another way, advanced technology gives them an addictive false world, leaving little time for the real world. This regular chemical activity in a teenager’s brain is a lot like what happens with alcohol or drug abuse. It can disrupt normal adolescent brain development, which involves the prefrontal cortex, the “smart” part of the brain.

Furthermore, one of the benefits of screen media can also be a downside. A smartphone (or a tablet or a PC) makes it easy to google and surf to find information. After you’ve found what you’re looking for, on-screen links, icons, and buttons tempt you to search for other things: some of it important for learning and some of it entertaining. All this browsing and linking promotes shallow, easily distracted thinking patterns, instead of the kind of focused, in-depth thinking that is crucial to success.

I hope this quick summary of the downsides smartphones and social media has been enough for you to pause before thrilling your young son or daughter with this flashy new technology. They absolutely need a phone, but does it have to be a phone so powerful that it wastes their time and exposes them to unspeakable dangers? Today you can get an inexpensive basic phone with convenient features, such as a built-in camera, unlimited voice and text/picture messaging, and no access to the internet.

If you decide to get the smartphone, you could make it contingent upon your kid signing a cell phone use contract, with lots of do’s and don’ts and consequences. You’ll need good luck with that. To enforce it you’ll be taking on a part-time career of monitoring how your child is using the phone. To establish boundaries, you’ll need to know about the apps that teens are using (and perhaps shouldn’t be using) these days: Megan Maas has a great list, her 2017 App Guide for Parents. (By the way, did you know that many teens open alternate social media accounts to connect privately with close friends, coordinate illegal activities, and sidestep parental monitoring?) To make this chore easier, you could purchase online parental control services. They’ll hate you for that, and sooner or later they’ll break the contract. And then what? Will you be prepared to enforce the agreed upon consequences?

It’s a tough call. If you asked me what I would do, first I’d say that both my boys are in their mid-40’s, and smartphones didn’t exist when they were kids. They both grew up fine without smartphones (or flip phones), both are self-made men who are smarter than I am (but perhaps not wiser), and both make more money than I do. But if I had a young teen today, knowing what I know now, we’d have several heart-to-heart talks about FOMO, peer pressure, relationships, and the dangers of smartphones and social media. The kid would get a flip phone, with the challenge to prove to me over the next few years that he’s truly not a kid anymore, that he’s mature enough to use a smart phone wisely.

Sam explains why he doesn’t use social media

Amy: Why I Quit Social Media

Essena O’Neil: Why I REALLY am quitting social media

The context for this article is the subject of Chapter 6 of my new book: How Your Teen Can Grow a Smarter Brain.

Also, you can download 4 FREE guides, including  “A Practical Plan to Moderate Teen Screen Exposure.”