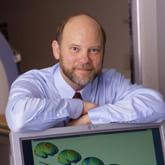 For readers who are unfamiliar with Dr. Jay Giedd’s work, he entered the Residency Program at the Menninger School of Psychiatry, transferred to the Barrow Neurological Institute and completed his residency in psychiatry in 1989. He was a postgraduate fellow in the Child and Adolescent Psychiatry Program at Duke University School of Medicine from 1989 to 1991, and then accepted a position as Clinical Staff Fellow at the Child Psychiatry Branch of the National Institute of Mental Health (NIMH). He was named the Chief of the Brain Imaging Section in 2001. He is currently professor of psychiatry at the University of California, San Diego.

Because of his breakthrough research with teenagers at NIMH, where he discovered that the brains of adolescents are still in development, he has become a media celebrity. Since then, over a dozen books about the “teen brain” have been published.

While these books have been helpful in their own way to explain “why teenagers act the way they do,” I find Dr. Giedd’s own conclusions about the long-term consequences to be more revealing. Here are some excerpts from interviews with Dr. Giedd:

….In the frontal part of the brain, the part of the brain involved in judgment, organization, planning, strategizing – those very skills that teens get better and better at – this process of thickening of the gray matter peaks at about age 11 in girls and age 12 in boys, roughly about the same time as puberty.

….It’s a time of enormous opportunity and of enormous risk. And how teens spend their time seems to be particularly crucial.

….Right at this time when the brain is most vulnerable is also the time when teens are most likely to experiment with drugs or alcohol. If they’re doing drugs or alcohol that evening, it may not just be affecting their brains for that night or even for that weekend, but for the next 80 years of their life.

The implications for adult life…

Everything depends on how often the child uses his or her PFC during adolescence – a decades-long opportunity to wire the PFC, a process that is invisible, silent and poorly understood by parents.

While only the child can do the work, there’s much parents can do to help maximize this finite period of development.

This is the theme of my new book: How Your Teen Can Grow a Smarter Brain.