What’s the True Purpose of the Prefrontal Cortex? 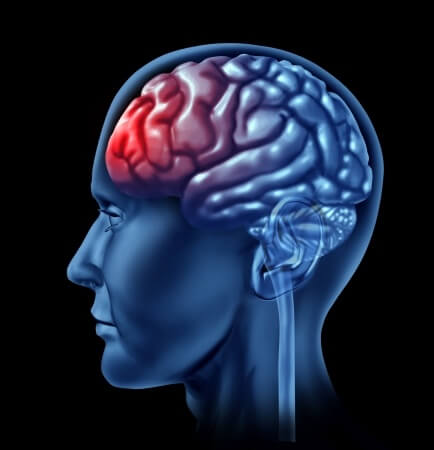 One of the most important aspects of adolescent development is what experts refer to as the “teen brain.” And the big issue with the teen brain is the development of the prefrontal cortex (PFC). The question is, how exactly does this much-talked-about PFC contribute to brainpower?

In one of the best books about the teen brain, Why Do They Act That Way, Dr. David Walsh says: “Because the PFC is the executive center of the brain, its job is to think ahead about the consequences and to control impulses triggered by other regions of the brain. Because the PFC is still developing during adolescence, teens don’t have the impulse control of adults.” The implication that “impulse control” is the primary function of the prefrontal cortex is echoed in other books about the teen brain.

But this explanation dramatically understates what the PFC actually does. According to Dr. Giedd, the researcher who discovered teen brain development, much more is going on. “The frontal lobe is often called the CEO, or the executive of the brain. It’s involved in things like planning and strategizing and organizing, initiating attention and stopping and starting and shifting attention.” Further, he says this about the PFC: “It’s a part of the brain that most separates man from beast, if you will. That is the part of the brain that has changed most in our human evolution, and a part of the brain that allows us to conduct philosophy and to think about thinking and to think about our place in the universe.”

The left and right hemispheres of the PFC are extensively connected to other areas of the brain, which means the PFC is getting a lot of input from the perception areas, the rest of the body, language areas, memory, and feelings. It then associates this information to determine how it relates. It “connects the dots,” so to speak. As a consequence, the PFC’s actual functions go way beyond controlling impulses:

My umbrella term for all these powerful mental skills is “critical thinking,” and all of them happen in the PFC. The human PFC is many times larger percentage-wise than the PFC of any other mammal. And most other animal species don’t even have one. This capacity for critical thinking (along with language) separates us from the rest of life on Earth. Think of the PFC as the part of the brain that makes you “smart.” For example, if you set a goal, you can think about the logical steps to accomplish it. Or if you understand the cause-and-effect relationship between “getting high” and reduced reaction time, you can foresee the potential for accident and injury. The PFC empowers us for success in relationships, life and work more than any other part of the brain.

Now that you have a richer understanding of what critical thinking is and the role of the PFC, you can see how important it is that a young person develops it as much as possible during adolescence. Because it’s use it or lose it. The PFC will only wire itself for the skills that a teenager exercises. These are the only pathways that will survive the relentless pruning process taking place in the PFC during adolescence. All the brain cell connections there that weren’t exercised will be absorbed by the body.

The end result is of monumental importance. By the time a young person reaches the early 20s, it will be game over. Some kids will have built up an extensive foundation of neural pathways and an impressive capacity for critical thinking. Others, not so much. And each individual will have to work within the limitations of this foundation for the rest of his or her life. This explains the huge variances in intellect among adults. So many young people have done the work. And so many have not.

Everything depends on whether an adolescent child does the work. The problem is, it’s a slow, silent, unseen process and 99.999% of teenagers have no clue that it’s even happening.

What can a parent do to protect a growing child’s PFC and encourage them to do the work? The answers are contained in the book, How Your Teen Can Grow a Smarter Brain.